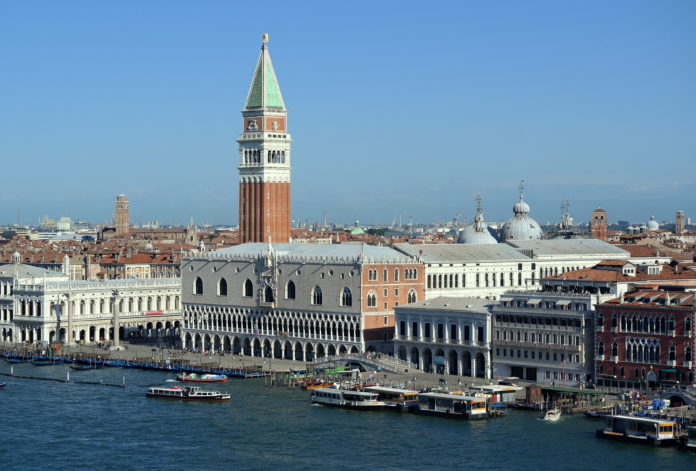 Rome (NEV), October 31, 2016 – In view of the 500th Anniversary of the Reformation, the Italian Protestants have been engaged in several initiatives. On Monday October 31, Reformation Day, the title of “City of the Reformation” was delivered to the representatives of the Municipality of Venice. Up to now the lagoon city is the only Italian town to receive this title, as it already occurred for Vienna, Tallin, Geneva, Berlin, Strasbourg – just to name other European cities which played an important role in the history of the Protestant Reformation. Venice was one of the locations of Lutheran influence in the Country – during the XVI century, it was possible to attend evangelical worships at the “Fondaco dei Tedeschi” (Germans’ warehouse). Luther himself had an intense correspondence with exponents of the Venetian intelligentsia, such as Gasparo Contarini and Matteo Flacio Illirico. The municipality of Venice officially accepted the title during the ceremony which took place at the Lutheran Church of the Campo Santi Apostoli with the preaching of the Waldensian theologian Paolo Ricca and the participation of the choir Gospel Joysingers. Venice will also be one of the stops of the Reformation-Truck starting from Geneva on November 3.

As part of the event of the Lucca Comics and Games (October 28-November 1st) the premises of the Waldensian Church in the Tuscan city hosted an exhibition dedicated to the relationship between ‘designed literature’ and Protestant Churches. This was the first of other initiatives on the subject, which will culminate, in the 2017 edition of Lucca Comics and Design, with an exhibition dedicated to the 500th Anniversary of the Protestant Reformation. The events are organized by the Cultural Centre “Pier Martire Vermigli”, in collaboration with Lucca Comics and Cartoon Club of Rimini, and curated by journalist Roberto Davide Papini.

The Italian Biblical Society (SBI) presented a further essay of the new translation of the Bible, supported by the Italian Protestant Churches. A project started in 2013 which foresees, within October 31, 2017, the publishing of the New Testament and the Psalms. At present, 26 of the 27 New Testament books are already translated.

Green light of the House of Deputies to the law against homotransphobia: “A step forward”