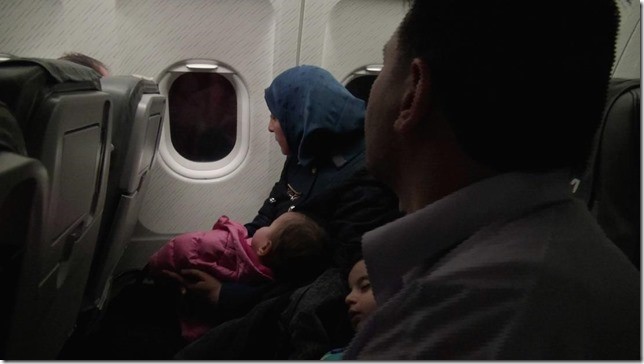 Rome (NEV), October 31, 2016 – 72 Syrians on October 24th, and another 56 after 24 hours, arrived at Fiumicino airport from Beirut (Lebanon) for a total of 128, from which 45 minors. Since February, 400 are by now the refugees, mostly Syrians, arrived in Italy thanks to the “humanitarian corridors”: a pilot project carried out ecumenically by the Federation of Protestant Churches in Italy (FCEI), the Waldensian Board and the Community of Sant’Egidio, which aims, thanks to an agreement signed last December with the ministries of Foreign Affairs and of Interior, to bring over in a safe a legal way 1000 highly vulnerable persons in two years; not only from Lebanon but also from Morocco and Ethiopia.

To welcome the group which arrived on Monday, besides the representatives of the three religious communities, the Minister of Foreign Affairs Paolo Gentiloni and the deputy-minister of the Interior, Filippo Bubbico.