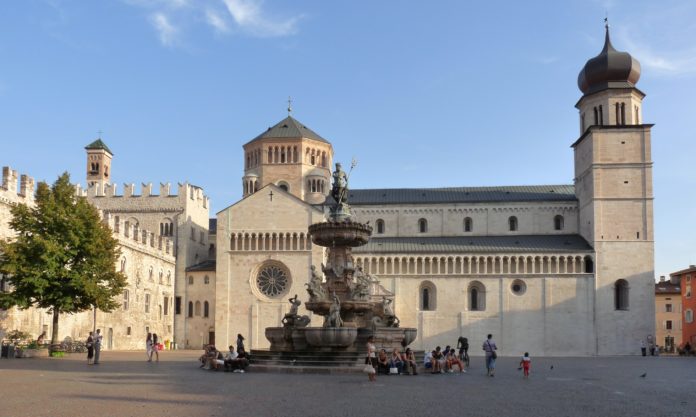 Rome (NEV), November 30, 2016 – On November 16th, started in Trento, at the archiepiscopal College “Celestino Endrici”, the meeting “Catholics and Protestants 500 years after the Reformation. A common sight over today and tomorrow”. The conference – which ended on November 18th – was promoted by the National office for ecumenism and interfaith dialogue (UNEDI) of the Italian Bishop’s Conference (CEI), and was organized in cooperation with the Federation of Protestant Churches in Italy (FCEI).
Two women theologian opened the conference: the Baptist pastor Anna Maffei and the teacher of New Testament at the Pontifical University of Sant’Anselmo in Rome, Marinella Petroni. Both spoke on the biblical text of 2 Corinthians 5:14-21, focused on the theme of reconciliation. The same passage will be the guide of the 2017 Week of prayer for Christians unity.
The program included three main areas of reflection: the knowledge of the various Protestant denominations, the theological issues of the ecumenical dialogue and the experience of reconciliation of memories coming from the Jewish-Christian dialogue; the challenges of today’s society – religious pluralism, post-secularization, ecumenical social action which in recent months has been characterized, for example, in the ‘humanitarian corridors’ project; finally, the prospects of dialogue between Catholics and Protestants.
Two other important moments characterized the conference: an ecumenical prayer and a musical journey within Protestantism and Catholicism in search of the many common areas, led by Waldensian musicologist Nicola Sfredda and by Paolo Delama of the Sacred music office of the Archdiocese of Trento. The two events were held respectively at the Cathedral and at the Basilica of Santa Maria Maggiore, two symbolic places of the Trento Council which, in the XVI century, confirmed the Catholic condemnation of the Protestant theology.
The conclusions of the conference were entrusted to pastor Luca Negro, president of FCEI, and to Don Cristiano Bettega, director of UNEDI.

The Italian Peace and Disarmament Network is born

The Como crime, “resisting the exploitation of fears”