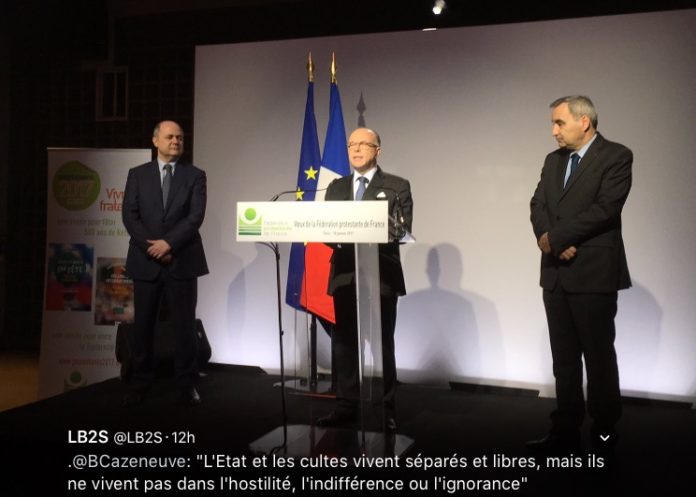 Rome (NEV), January 19th, 2017 – The French Prime Minister Bernard Cazeneuve spoke out in favor of humanitarian corridors and mentioned the Federation of Protestant Churches in France (FPF), the Community of Sant’Egidio, the French Caritas and the French Episcopal Conference as sponsoring institutions during the traditional new year greetings to FPF, held in Paris on January 18th.

During his salutations, pastor François Clavairoly, President of the FPF, welcomed the Prime Minister and announced the signing of a Memorandum of Understanding between the French government, the FPF and the Community of Sant’Egidio for refugees’ reception.