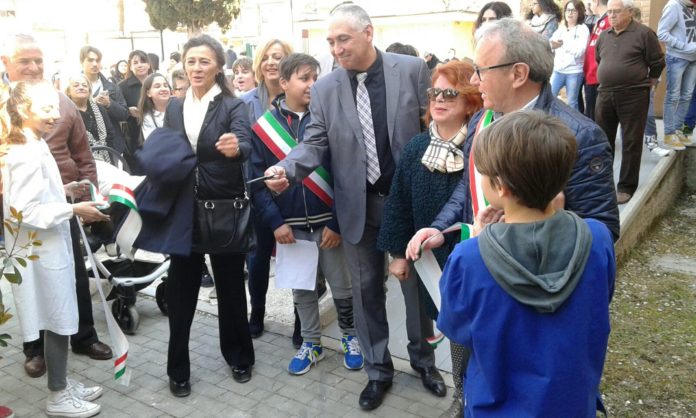 Rome (NEV), April 3, 2017 – On March 30th – more than 5 months after an earthquake struck Central Italy – in the small municipality of Passo di Treia (Macerata) a new canteen for the elementary school has been inaugurated thanks to the funds collected by the Federation of Protestant churches in Italy (FCEI).

An opening ceremony took place with the participation of pastor Luis Giuliani of the Baptist church of the Marche region, representing FCEI for the occasion. He recalled in particular the contribution of the sister evangelical Czech church which covered a large part of this project.

The canteen will now enable the children of the heavily damaged town to socialize during and after school hours. The idea to start the reconstruction from the school facilities, met the approval of all the local institutions representatives participating to the opening ceremony.

Laura Vecchioli – the school headmistress – expressed her warm thankfulness to FCEI and its president pastor Luca Maria Negro, who could not be present for the day but who, in the previous months, often visited the community encouraging the population and listening to its problems and needs. The Mayor of Treia, Franco Capponi, expressed the gratitude of the entire community, underlining that “this is a gift in the true sense of the word, because we were asked what we needed and we received it!”.

Twelve year old Alessandro Tartarelli, “Mayor of the boys and girls municipality council”, said: “Every time, even from a distance, we received solidarity we felt better: solidarity is contagious, those who receive it are due to give solidarity in turn. This it the way for reconstruction”.

Not only in Passo di Treia, but also in Tolentino, Arquata del Tronto and, in perspective, Amatrice, Norcia and Muccia: these are the locations hit by the earthquakes, where FCEI has already implemented projects or is considering for further actions. To cope with the depopulation of the areas affected by the seism, the projects that FCEI funds aim to ensure gathering places or other projects of social aggregation.