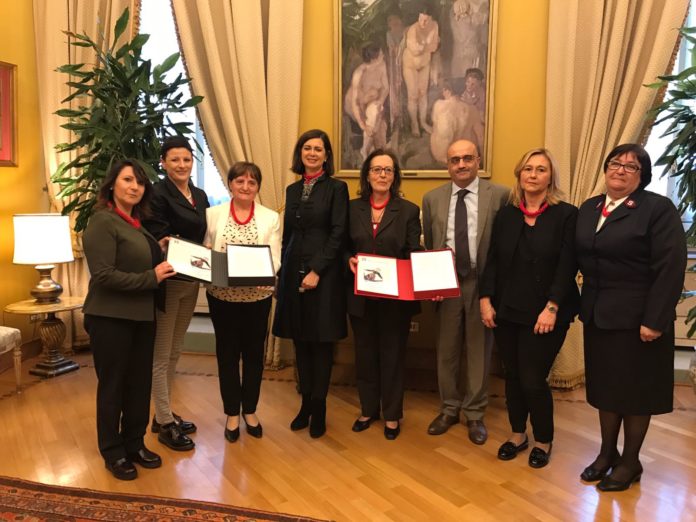 Rome (NEV), April 3, 2017 – On March 30th a delegation of the Federation of Protestant Women in Italy (FDEI), led by its president Dora Bognandi, delivered in the hands of the president of the Chamber of Deputies, Laura Boldrini, the 5158 signatures collected with the petitions – one for women and one for men – against violence on women launched last summer by Italian Baptist, Waldensian, Methodist, Lutheran and Salvation Army women, plus the Reformed women of Ticino (Switzerland).

Recent data issued by the Italian Institute of Statistics and the Department of equal opportunities of the Prime Minister’s Office, show that male violence against women, declined in its various forms, is a large, widespread and multiform phenomenon which seriously affects women’s daily life. “It is mandatory not to lower our guard – recommended Bognandi – and to gather all available forces to deal effectively with this problem, and we must do this in a multidisciplinary way: through prevention, education, information, training, collaboration between all those who work to overcome violence”. Including churches.