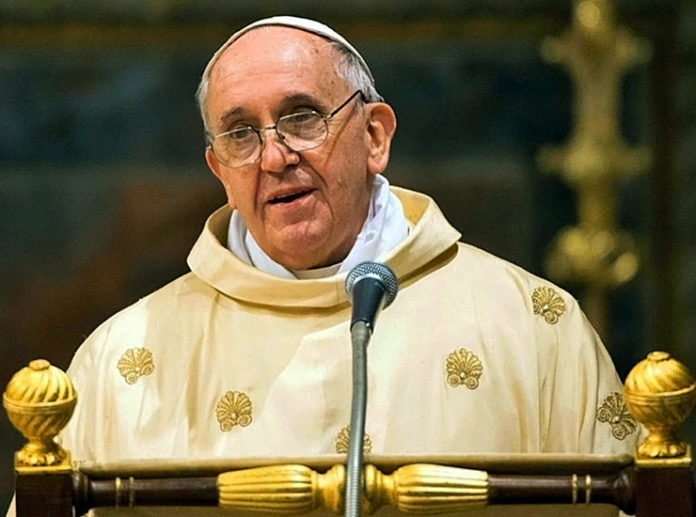 Rome (NEV), April 3, 2017 – On the occasion of Pope Francis’ visit in Milan on March 25th, a delegation of the Council of the Christian Churches of Milan (CCCM), was present in the Cathedral, led by its president, Waldensian pastor Giuseppe Platone. Also present were representatives of the Religions Forum of the city. During the short greetings dedicated to the exponents of the various Christian denominations and other religions representatives, Pope Francis – accompanied by Cardinal Angelo Scola – received pastor Platone, who addressed Him with these words: “I express, dear brother in Christ, our sincere gratitude for the impulse you are offering, with great determination, both to the ecumenical and interfaith dialogue”. At the end of the celebration, Platone commented: “The short exchange I had with the pope was characterized by a feeling of joy in a deep atmosphere of brotherliness and mutual respect, also present during the whole morning of prayers and reflections in the Cathedral”.

The Council of Christian Churches of Milan, formed in January 1998, is a fellowship of 19 churches which confess the Lord Jesus Christ as God and Savior, and who have among their aims to study and support ecumenical activities. Members, among others, are the Anglican, Roman Catholic, Coptic, Methodist, Waldensian, Baptist, Romanian Orthodox, Russian Orthodox, Serbian Orthodox, Old Catholic churches and the Salvation Army.