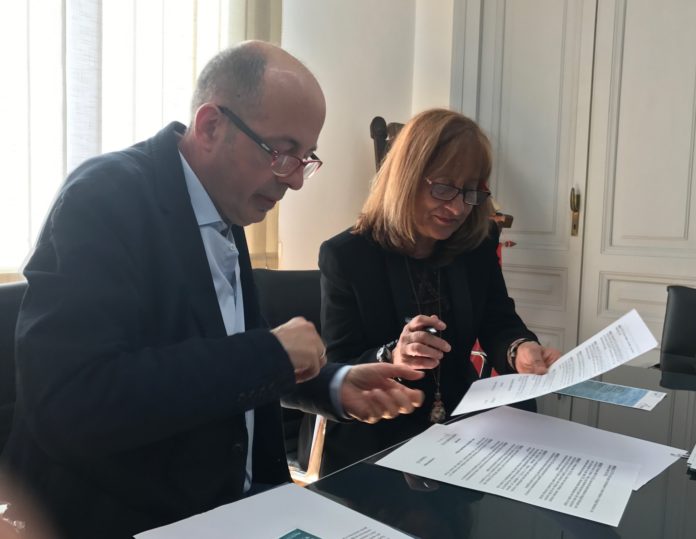 Rome (NEV), April 21, 2017 – On April 11th, at the headquarters of the Federation of Protestant Churches in Italy (FCEI), an agreement was signed between FCEI and the National Federation of the Agroindustry Trade Union (FLAI-CGIL), by which the latter expresses its commitment to fund the reception of a Syrian refugee family for one year. This family will be arriving soon with one of the next humanitarian corridors from Lebanon.

To sign this “reception covenant” called “Let’s adopt the future!”, were Luca Maria Negro, FCEI’s president, and Ivana Galli, FLAI-CGIL’s General Secretary. “The document we sign today might seem unusual, but it shows how solidarity is contagious – declared Negro in the press conference -. We are happy to see that around the humanitarian corridors, born from the ecumenical initiative of several Christian churches, other forms of open and shared commitment are raising”. 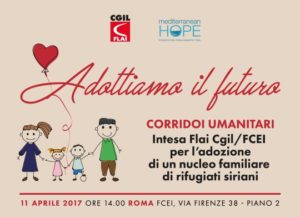 Ivana Galli, showed great satisfaction and underlined that “we assume this commitment as a duty; society often forgets, but the only solution we have is to question ourselves about which responsible and tangible actions we can realize. We have been working for the last ten years in the field of migrants and refugees reception, always combining it with labour: we know the migrants stories, because we know the agricultural field, a sector in which they often get employed. Our Union is funded by the money workers give monthly, so we can say that this initiative is a solidarity sign that today’s workers express towards tomorrow’s workers”.

“Humanitarian corridors” is a pilot project of FCEI, the St. Egidio Community, and the Waldensian Board within an agreement signed with the Ministries of Interior and Foreign Affairs. The goal is to bring and accommodate in Italy, 1000 highly vulnerable refugees in two years starting January 2016. In the first year around 700 people arrived in a legal and safe way from Lebanon.