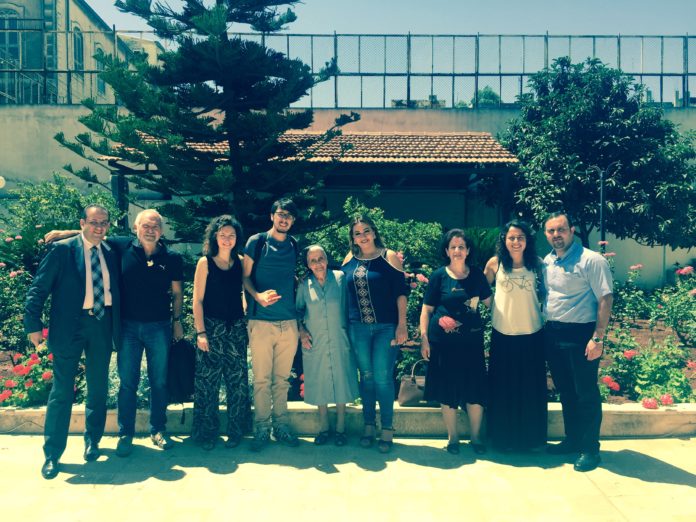 Rome (NEV), June 28, 2017 – From June 9th to 14th, a delegation of the Federation of Protestant Churches in Italy (FCEI) – Mediterranean Hope (MH) traveled to Damascus and Homs for a mission of analysis of the Syrian situation and to bring a message of solidarity and fraternity to the churches present throughout the Syrian territory.

More than one year after the beginning of the “humanitarian corridors” project in Lebanon, whose beneficiaries are mainly Syrian citizens, the mission of the FCEI delegation allowed to understand, with better knowledge, the difficult and articulated state in which the Country is and the disastrous consequences of war and of the embargo on the civilian population.

The delegation of four people – composed by two MH project operators, Dr. Luciano Griso, responsible for the Medical Hope project, and the communications officer Sara Manisera -, met with Mata Al Khoury, bishop of the Orthodox Church of Damascus; Selwanos Boutros Alnemeh, bishop of Homs, Hama and Tartous; Mofid Karayili, pastor of the Presbyterian Church, and several priests of the Eastern Christian Churches. The delegation visited hospitals, clinics and outpatient’s clinics to verify the health needs of the civil population and met with associations and exponents of the civil society which try to promote dialogue and pacification of communities.

During its stay the FCEI delegation was welcomed with a spirit of gratitude for having demonstrated, with a first exploratory journey, closeness and international solidarity. The message that was gathered by the delegation is first and foremost the wish of dialogue: the desire to create ecumenical relations and forms of collaboration between the Syrian Orthodox Churches and the Protestant Italian churches emerged.

The mission deepened the needs of the civilian population, both in the field of social intervention, through projects that might improve the conditions of women and young people, and in the medical sector, severely affected by the consequences of the embargo.