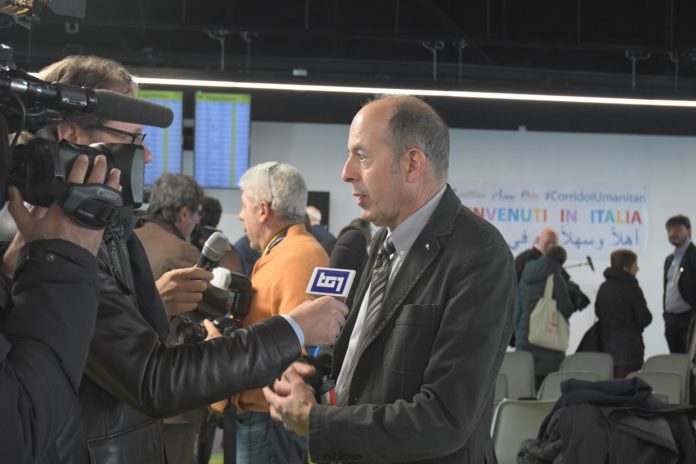 Rome (NEV), July 10, 2017 – “Europe turns its back and leaves Italy facing the migration crisis. But the Italian government should stand firm in Brussels without renouncing its leadership role in welcoming refugees and protecting human rights”. This is what pastor Luca Maria Negro, president of the Federation of Protestant Churches in Italy (FCEI), stated on the eve of the Frontex meeting in Warsaw (Poland). He has defined the result of the EU-summit in Tallinn as unsatisfactory.

“We are worried about the fact that facing with increasingly less sustainable numbers for a single country, in the Italian political debate we will see superficial and demagogic proposals such as ‘helping immigrants at their home place’”, pastor Negro said. “But, where is home? Perhaps, in villages destroyed by war in deserted lands of economically, socially and politically collapsed countries. Certainly, it is true that mass migrations cannot be the solution to this crisis and that is the reason why FCEI made the proposal of a UN-inspired intervention. In the meantime, it is necessary to safeguard the lives at sea and to guarantee legal channels of access to those entitled to international protection. So far, Italy has done its own part and I believe that we should continue to do so by reminding Europe its own duties and responsibilities. In recent days, we have made some very specific proposals: raising resettlement quotas from emigration countries to Europe, and relocation quotas from Italy to other European countries; a European visa for those who are rescued at sea, a revision of the ‘Dublin Regulations’. At FCEI, we will continue our commitment to humanitarian corridors and to pushing on our European partners to make them understand that the future of the European Union is in the capacity to deliver a solid and effective response to the existing migration crisis”.