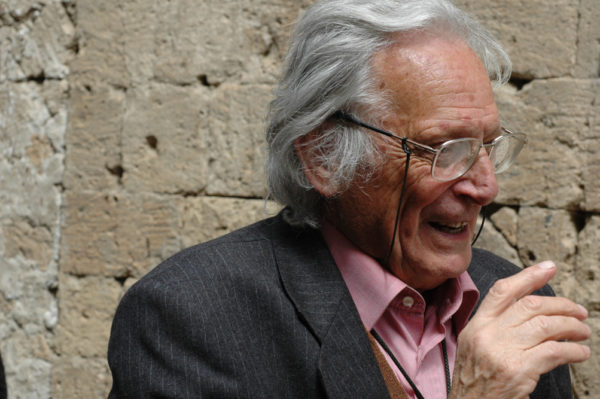 Rome (NEV), July 18, 2017– “On behalf of the Italian Protestants I wish to express our feelings of Christian sympathy for the death of Giovanni Franzoni to the Saint Paul Community and to the whole movement of the Catholic grass-roots Christian communities. Giovanni was a prophetic figure, a great witness of the Council season (as Abbot of Saint Paul in Rome he was the youngest among the ‘councillor fathers’ in the last two sessions of the Vatican II Council), one of the innovators of the Catholic theology and of the Christians engagement in society, specially active in the ecumenical movement through the magazine Com Nuovi Tempi, founded in 1974 (today the monthly Confronti). An ecumenical project which the Federation of Protestant Churches in Italy (FCEI) strongly supported ever since. Personally, I had the privilege of working with him in the editorial office of Com Nuovi Tempi for years, and I have learned a lot from his (theological and not only) culture, his creativity, his sense of justice, and his profound humanity”. With these words Pastor Luca Maria Negro, FCEI president, wanted to remember Giovanni Franzoni, who died on July 13th.

Born in Bulgaria in 1928, Franzoni was a theologian, writer, Catholic priest, former-abbot and councilor father at the Second Vatican Council, and founder of the grass-root Community of Saint Paul. In 1974 he was suspended from the priesthood after he had advised Catholics to vote against repeal of Italy’s divorce statute in a national referendum

The magazine Confronti also recalled the Father Franzoni, who “would write every month, really until the very last number, his column entitled ‘Notes from the margin’, about the most diverse issues. Just a week ago he had sent his article for the monographic number that will be released in September on End of life issues, in which he expressed ‘a clear rejection of the representation of death as a totally extraneous fact to life'”.

420 years ago the burning of Giordano Bruno, a very obstinate heretic

Action by Christians against torture : immediate freedom for Patrick Zaki

Rome. The 100th Anniversary of the Garbatella Church