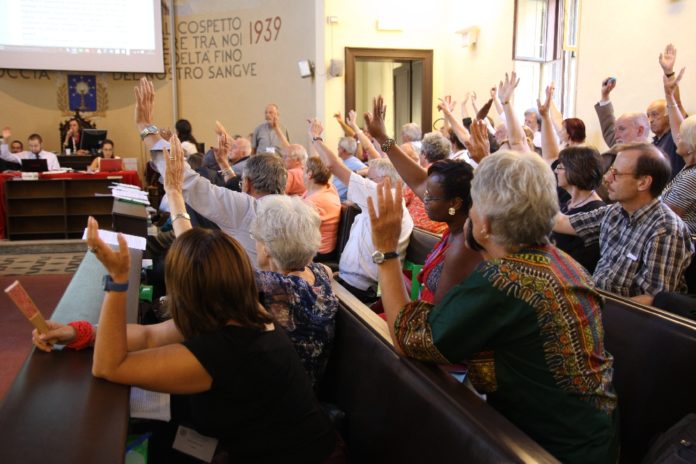 Rome (NEV), August 1st, 2017 – The annual Synod of the Italian Methodist and Waldensian Churches will be held in Torre Pellice (near Turin) from August 20th to 25th.

From all over Italy 180 church deputies – pastors and lay people in equal number – are expected to decide on the life of the church for the coming year, and elect the executive and administrative bodies.

The opening worship will be held on Sunday 20th August at 3.30 PM by pastor Fulvio Ferrario, Dean of the Waldensian Faculty of Theology in Rome. National and International guests will be attending. Among them the secretary general of the Conference of European Churches (CEC), Fr. Heikki Huttunen. For the Italian Bishops’ Conference (CEI) mons. Maurizio Malvestiti, bishop of Lodi, accompanied by Don Cristiano Bettega, director of the Office for Ecumenism and Interreligious Dialogue of CEI, will be present.

Among the topics of this year’s church general assembly a special focus will be on the 500th Anniversary of the Reformation. On Monday evening 21st August, in the Waldensian temple of Torre Pellice, a public event with theologians, historians, Protestants and Catholics, on “The future of the Reformation” will take place. Further, in accordance with the decision of last year’s Synod, on Sunday morning, August 20th, a “500-years-Reformation-worship” will be organized in the symbolic place of “Chanforan”, in Angrogna near Torre Pellice, where in 1532 the Waldensian movement officially decided to join the Reformation in its Calvinist doctrine.

Other topics to be discussed during the upcoming Synod: ecumenism and interfaith dialogue, end of life issues, Diaconia, migration policies, Being Church Together, social justice and diversity, family models, and much more.