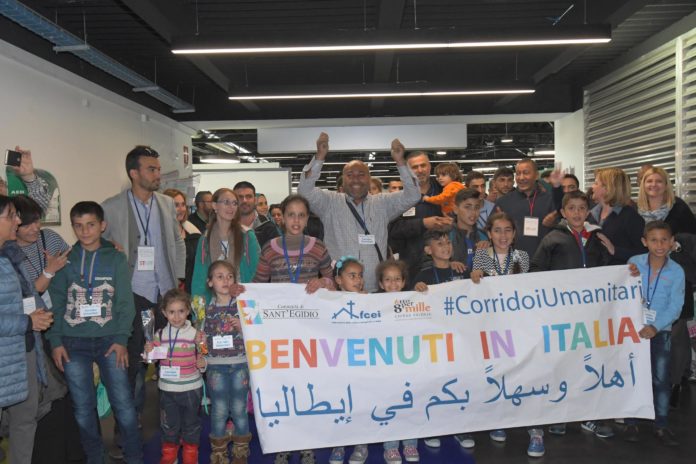 Rome (NEV), November 11, 2017 – Two events to learn more about the humanitarian corridors project promoted by the Federation of Protestant Churches in Italy (FCEI), the Waldensian Board and the Community of St. Egidio. The first appointment was on Tuesday November 7, at the multimedia hall of the Genoa International Hospital (OIEGE). Among other issues, the event focused on the hospitality of some Syrian families arrived with the last group foreseen by the project, on October 27. The families’ reception will see the involvement of the Waldensian Diaconia (CSD) and of the OIEGE. The second appointment was on November 8, in Turin at the aggregation centre “Il Passo Social Point”. The subject here was the collaboration between the Turin Jewish Community and the CSD expressed, in particular, with the reception of a Syrian family coming from Lebanon, in a flat generously made available by the Jewish Community.