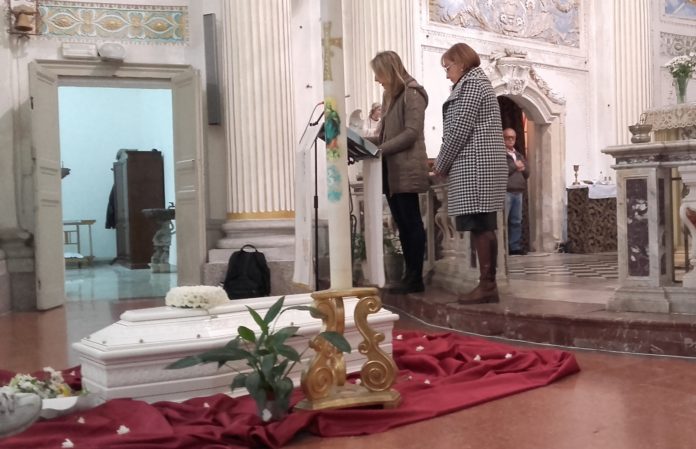 Rome (NEV), November 16, 2017 – On November 14th, in Scicli (Ragusa, Sicily), the church of San Giovanni was packed with people taking part in the funeral of the Nigerian child drowned on November 6th in the Central Mediterranean Sea. He was one of the 50 asylum seekers who died during the rescue operations of the ship belonging to the German NGO SeaWatch 3, blocked up by the Libyan Coast Guard. The two and half years dead baby boy was recovered by Gennaro Giudetti, the only Italian volunteer on the SeaWatch 3, whose direct witness of the disaster was widely reported by the media.

Since November 10th the child’s mother is hosted at the reception center “House of Cultures” of Mediterranean Hope, the refugees and migrants project of the Federation of Protestant Churches in Italy (FCEI). At the funeral service, together with the 26 years old mother, were present the operators of the “House” and the various local institutional representatives. Some African women living in the “House” and some of the students of the local high school “Quintino Cataudella”, accompanied the white coffin inside the church. “Among our guests we also have another mother of this shipwreck, whose three years old daughter is unfortunately missing”, said Giovanna Scifo, manager of the “Mediterranean Hope-House of Cultures”.