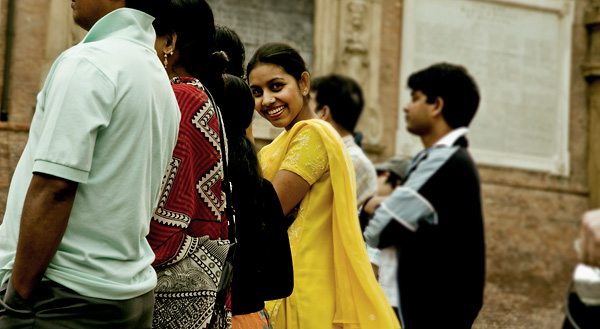 Rome (NEV), 20 February 2018 – Immigration has dominated the Italian electoral campaign, polarizing the political discourse, and dividing the voters who are called to go to the polls on March 4th. A tense situation in front of which a large coalition of Protestant and Catholic entities, engaged in migration issues for years, has launched a “Migration Agenda” on February 8th in Rome, recalling that “you were foreigners in the land of Egypt”.

Made out of 7 points it addresses a series of issues about migrant and refugees’ rights, reception system, humanitarian aid, social inclusion policies, and is specifically addressed to the candidates of all parties running for election. For the proponents, among whom the Federation of Protestant Churches in Italy (FCEI), Christians have a responsibility in addressing people’s fears with meekness and non-violence.

The Migration Agenda, which is being presented in different cities, is meant to be a tool for the ongoing and harsh political debate on the subject, but also for the good policies to put in place under the new government. Paolo Naso (FCEI), coordinator of the Mediterranean Hope-Refugees and Migrants Program, who attended the presentation of the Agenda in Milan on February 20th, said : “It’s a realistic and significant proposal born from years of shared work. We are satisfied of the general reaction to our platform because we succeeded to agree upon an ecumenical perspective on migration policies and built a network that will be vocal and reactive also after the elections”.

In particular, the Migration Agenda aims to put in place a reform of the law on citizenship, to define precise procedures for legal entry in Italy for both migrants and asylum seekers, to allow the regularization on an individual basis of “rooted” foreigners, to repeal the crime on clandestinely (foreseen by the Bossi-Fini law), to expand the reception system for refugees and asylum seekers (the so called SPRAR system), to enhance the spreading of best practices of reception and integration, and to promote the democratic participation of migrants through the acknowledgement of active and passive electorate.

“The disappointment, however, comes from the fact that some political forces, hostile to migration and reception policies, refuse a priori to participate in events of this kind, confirming their unwillingness to compare with those who think differently from them – adds Paolo Naso –. It is a missed opportunity since, whoever wins the elections, will have to compete with a challenge that cannot be solved with simplistic formulas worth a few votes in the polls, but unable to find solutions in practice”.

Among the signatories of the agenda, together with FCEI, also the Christian Workers Association in Italy (ACLI), Pope John XXIII Association, Centro Astalli and Community of Sant’Egidio.