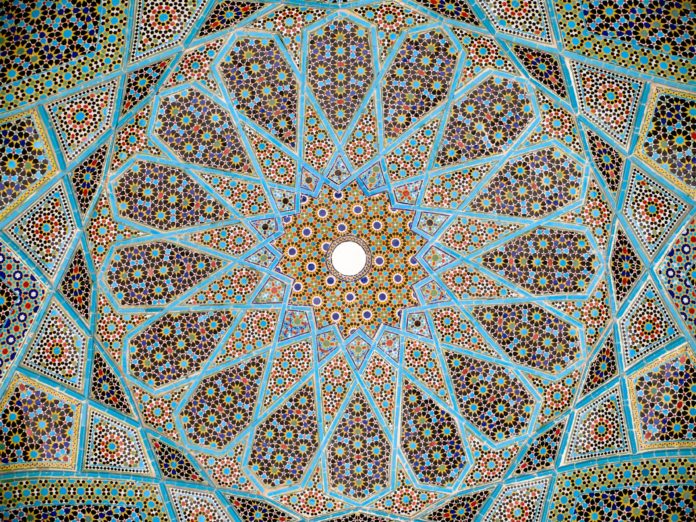 Rome (NEV), March 25th, 2018 – The exhibition “Spirituality in art: expressions of harmony between different faiths” will end next March 28th. Organized by the Interreligious Board of Rome under the patronage of the Rome II Town Hall, the third edition of the exhibition was presented to the press on Tuesday March 20, at the Islamic Cultural Center of Italy. Participated to the event Khalid Chaouki, president of the Center; the general secretary Abdellah Redouane; the president of the Interreligious Board of Rome, Maria Angela Falà; representatives of other faith communities and the artists belonging to Catholic, Protestant, Buddhist, Jews, Hindu and Muslim traditions. This year themes are: peace, solidarity, sharing and harmony among peoples.

The intent of the artists, of different nationalities, is to show how spirituality, declined in the language of visual art, can be a fertile and constructive meeting ground to foster mutual knowledge and to trace shared values beyond the diversity in the ways of experiencing daily life and faith practice.