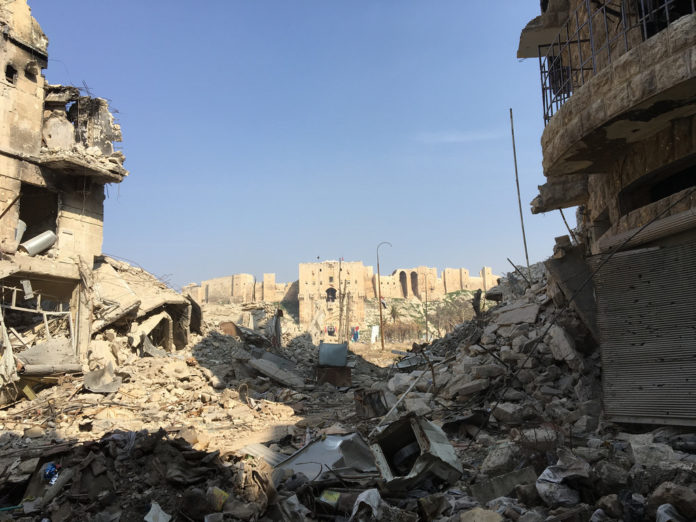 Rome, April 20, 2018 (NEVCS20) – “Peace, peace, they say, when there is no peace” (Jeremiah, 6:14). As in the time of the prophet Jeremiah, in the face of the new Syrian scenario, governments and international organizations invoke peace, while actually they act with war.

Once again, with the same script already experimented in Iraq and Libya, the accusation of the brutalities of the Bashar al-Assad regime ends up by justifying a large-scale armed intervention, which, as in every war, affects most of all innocent civilian population and generates new refugees.
The Federation of Protestant Churches in Italy (FCEI) – engaged together with the Waldensian Board and the Community of St. Egidio in the “humanitarian corridors” project from Lebanon – says “no” to war and to any military solution of a conflict that requires, instead, humanitarian actions and investments.
On the contrary, FCEI joins those who are making precise humanitarian proposals aimed, first of all, at guaranteeing the security of the civilian population and basic living conditions for the hundreds of thousands of refugees. In particular, FCEI intends, with the contribution of its Mediterranean Hope program for refugees and migrants, to support the peace proposal put forward by “Operazione Colomba”, a peace corps of the Pope John XXIII Community, which calls for “disarmed humanitarian areas in Syria”, as provided by the 4th Geneva Convention for the protection of civilian persons in time of war (Articles 14 and 15).
In inviting the protestant churches to pray for peace in Syria, and to concretely work for the support of refugees and victims, the FCEI appeals to the Italian Government, to the High Representative of the European Union for Foreign Affairs and Security policies and to the United Nations, so as they promote the cessation of the bombing and they start negotiations for the creation of “disarmed areas in Syria”.