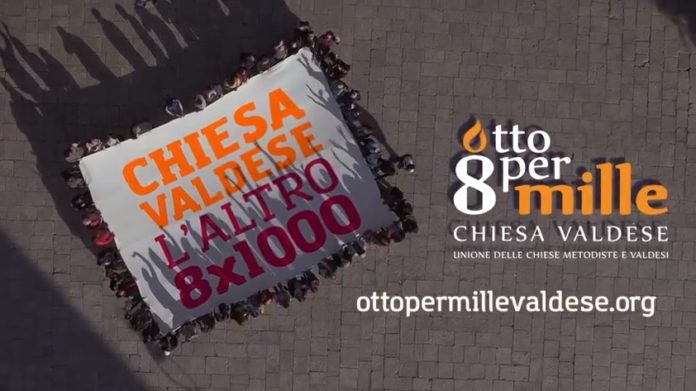 Rome (NEV), September 7, 2018 – “The Synod assembly expressed satisfaction with the work we are doing with the Eight per thousand (OPM) funds and asked us to continue working in the direction we have undertaken in order to strengthen the ties with the territories where our churches and our communities are present”. These are the words of Susanna Pietra, head of the Eight per thousand Office of the Waldensian Church, after the Synod of the Methodist and Waldensian churches examined the allocation of funds from the OPM and approved the projects to be funded.
The agreement stipulating the start of the effective distribution of OPM funds was signed on January 25, 1993. Since 1994, taxpayers have been able to choose to allocate their share of OPM to the Waldensian churches; since 2013 the Methodist and the Waldensian churches manage and distribute also the unexpressed shares, and this has made the total figure even more significant.

The 2018 OPM funds (which refer to the 2015 income tax return and therefore to the 2014 income) speak of 32 million Euros received and redistributed by the Methodist and Waldensian churches. This amount corresponds to about 3% of the total choices made by tax payers. The funds will be used to finance 454 projects abroad and 673 projects in Italy in the educational, health and cultural fields.
Every year the OPM Office examines about 4500 applications; in the next call, the introduction of an IT platform is planned, a single channel for the management of each operation in the field of OPM: “For the last two years we have been working on the creation of a platform that allows managing the entire cycle of each project at computerized level. Therefore, starting from next month of November, it will no longer be necessary to present the projects in paper form” – concluded Pietra.