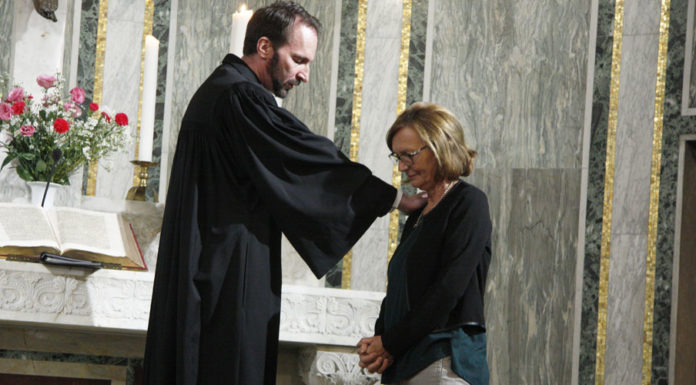 Rome (NEV), October 19, 2018 – “The Women’s Network for me is an integral and very important part of my commitment to the church. Women often act as forerunners, carrying forward social issues with special sensitivity”. This was stated by Renate Zwick, the new national referent of the Women’s Network of the Lutheran Protestant Church in Italy (CELI), who is taking the place of Gisela Salomon, leader of the association for the last eight years.
Zwick belongs to the Lutheran community of Sicily where, until last June, she held a position in the council. She lives near Palermo, is married, has two adult children, and is a social worker in a center that deals with young migrants.
In her new function Zwick intends to promote the encounter between the women of the local Lutheran communities and the women belonging to other churches, in particular those organized in the Federation of Protestant Women in Italy (FDEI). “I see it as a special task for us women to engage in ethical issues, to stand against marginalization and to promote equality. And this not only for what concerns women, but includes elderly people, foreigners, people with disabilities”, she concluded.

The dignity of dying in the time of the corona virus

No more weapons. May the corona virus lead us to a different future

Baptists.  A virtual room to celebrate  the Human Rights Week