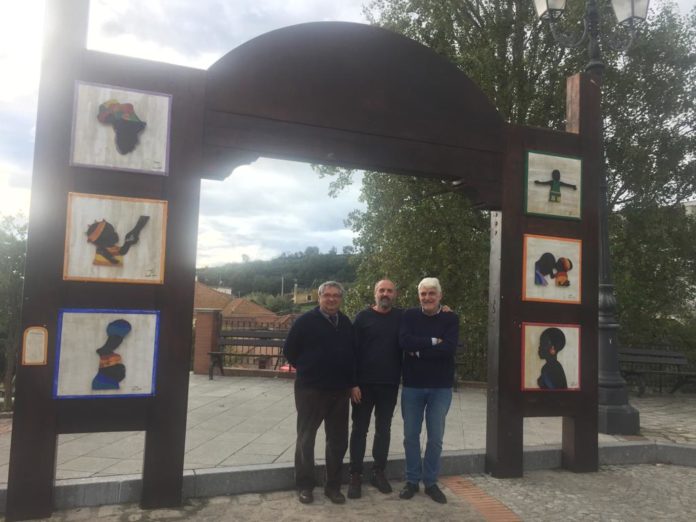 Rome (NEV), December 20, 2018 – Over the past few days The FCEI has visited a number of reception projects all over the Calabria region. Some of these projects housing refugees that entered via Humanitarian Corridors. The delegation involved, among the others, the adviser and treasurer of the FCEI Roberto Mellone; the Coordinator of the  Mediterranean Hope (MH) project- programme for refugees and migrants of the FCEI, Paolo Naso; the operator and illustrator  Francesco Piobbichi. The delegation has been welcomed and supported by  Tonino Perna, Professor at the Università di Messina e Reggia, and Mariella De Martino, the President of the International House of Reggio Calabria, association that houses about 20 beneficiaries of the humanitarian corridors.

In particular, the delegation visited the “Nelson Mandela” Coop company of Gioiosa Jonica, also involved in a project to welcome refugees arrived in Italy through the humanitarian corridors, and the village of Riace. A dedicated meeting was organised with the former mayor, Domenico Lucano  who received  full solidarity by the FCEI in the hope of being able to collaborate actively in new projects to carry out in the town that has become the symbol of the Italian reception.

Finally, the FCEI representatives visited the shantytown of San Ferdinando near Rosarno where, just a few days ago, Souaro Jaiteh, a 18-year-old Gambian boy perished in a fire.

“It is a global disgrace clear for all. We have seen a situation of extreme degradation. There is no light, no water, no toilets for people who have found a makeshift shelter there. All this a few meters from a square in which there is a tent camp managed by the government. The operators who try to bring comfort in that extreme situation told us a situation in which those who try to work to improve living conditions often find difficulties and obstacles on the part of local institutions. I believe that also in that place we are reproducing a dynamic that we have already seen at a national level, that is the willingness to take the situation to the extreme and then being allowed to intervene  freely”. Roberto Mellone said at the end of the visit.

European churches. Human rights’ challenge in the time of the CORONAVIRUS

“Church, apologize to us”.  The letter of Christian women

The “outside world”. After 4 months the emotion of embracing family members