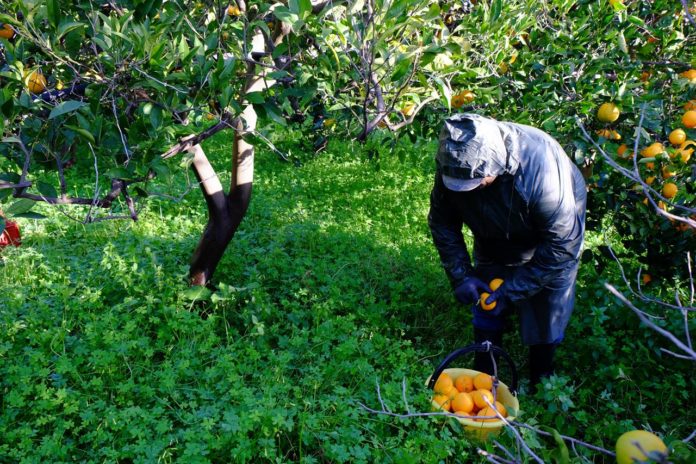 Rome (NEV), December 20, 2018 – It’s difficult to talk about immigration in Calabria, much more difficult than it is in Milan or Palermo. For example, in Rosarno, there is the risk of not seeing the immigrants because they get up in the middle of the night and return to their ghettos when the sun has long gone down. Ghosts, more than men and women. Hands that pick the oranges, mandarins, and grapefruits that arrive on our tables at prices that we consider to be more or less high, but that cost much more in terms of fatigue and exploitation. If all goes well, they earn 25 euros a day, from which is deducted 3.4 euros that goes to the gangmaster. A pittance, yet enough to survive and to sometimes send something home. The problem is when there is no work, and they spend their days in make-shift tents, pulled up with four pieces of wood and some plastic sheeting. Like the camp in San Ferdinando, where there is no electricity, no running water and no toilet worthy of the name. For some incomprehensible reason, the camp is surrounded by rubbish: an actual fence that marks the border and the entrances. At least two thousand people live here, in conditions certainly worse than those reserved for animals kept in a stable in the North East or the Po Valley. This is the “resort” where the immigrants “who steal our jobs” have been living for months or years, waiting for a residence permit, a renewal or an unrealistic amnesty.

A few hundred meters away there is another shantytown, the “official” one with blue tents, a few containers, electricity and running water. A mirage for those who are damned to stay in the other slum. Rumours are circulating of an imminent eviction: the bulldozers will come to do their efficient work, ministers and councillors will make their predictable declarations that security and order has finally been restored and the immigrants will go looking for another slum to settle in. Because – as we now know – big words about repatriation are just hollow promises. They give visibility to those in power, but are ineffective and, above all, rarely applicable. Hard-line measures do not generate security, but only irregularities. And this simple equation is clearer here in Calabria than anywhere else.

But the Calabria of immigration is also more than this. It has found a symbol of primary importance: Riace and its mayor, who over the years have created an exceptional social experiment that has shown how much good immigration can be for Italians, especially for those living in towns that are gradually becoming depopulated. Let’s admit it: walking through the streets of this small country town, there is an air of uncertainty, maybe even of melancholy. The children no longer have their bus that takes them to school “at the marina”; the craft shops are closed; the immigrants who remained after the closure of the SPRAR and CAS facilities walk around lost in a town where the light of hope has gone out. The “Riace model” was sacrificed on the altar by bad politicians who, shouting “Italians first”, could not tolerate a successful experiment of integration and social inclusion, which was good for the people of Calabria and the immigrants.

Will the experiment be able to regenerate itself elsewhere? Perhaps in Gioiosa Jonica, where young administrators and a dynamic and creative civil society attempts a similar experiment? Or in Reggio Calabria, where a group of beneficiaries of the humanitarian corridors is successfully completing its path of integration? Most respond with scepticism, some are happy because the immigrants have left Riace and others are worried because they know that this will not improve the situation of the municipality and the surrounding area. Divided in merit, but united by the same sceptical and detached attitude, almost as if the problem does not affect them. An ancient mental costume that has done so much harm to the South and that fortunately many young southerners oppose with courage and creativity.

Tomorrow – in conclusion – is another day, the oranges are still on the trees and still need to be picked. It doesn’t matter by whom and how, the important thing is to make a profit – contemplates the owner who much too easily pushes aside any doubts in his conscience. As for us, we are happy to save 50 cents, which would be the cost of the dignity and work of the immigrant who picks the oranges that we eat.