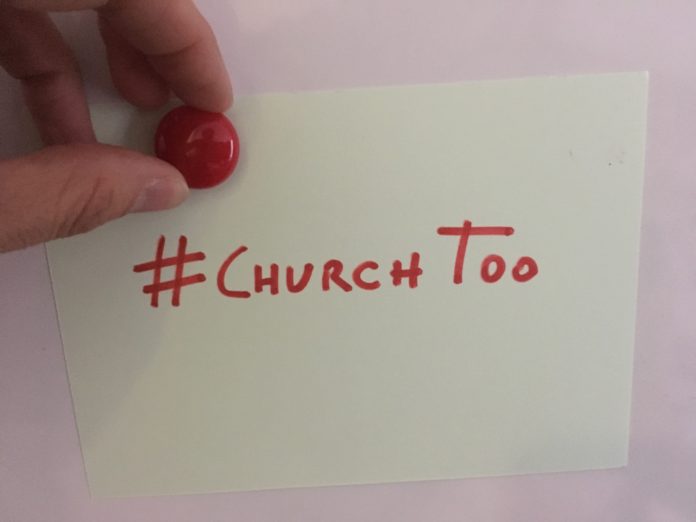 Rome (NEV), January 12, 2019 – The public meeting “#MeToo #ChurchToo: How the churches respond to the evidence of sexual abuse” was held on Friday, January 11, 2019 from 15 to 18 p.m. at the Waldensian Faculty of Theology in Rome. Participants: Gianna Urizio, former president of the Federation of Protestant Women in Italy (FDEI); Paola Cavallari, ‘Donne in Genere’ Association; the Interreligious observatory on violence against women of the Secretariat of Ecumenical Activities (SAE); pastor Letizia Tomassone.
During the meeting, Tomassone explained how #ChurchToo spontaneously born when women started speaking about the abuses suffered also within the churches and from churchmen. At that moment blogs started opening and churches have officially made themselves responsible for this theme, putting aside the kind of theology and preaching that in the past imposed silence, humiliation, feelings of guilt. The churches started then listening to women stories and helping them to denounce facts. The churches linked to the Federation of Protestant Churches in Italy (FCEI) have been involved and committed for many years in this issue,also through paths of reparation and reconciliation. All this today is even more emphasized by the birth of an interreligious observatory on violence against women, promoted by SAE, in which the FCEI is present. The declaration on violence against women signed by all Italian churches is also significant (Ecumenical appeal against violence against women, signed in the Senate in 2015, editor’s note).

Solidarity with Liliana Segre from the protestant churches of Rome

Cinema, the 24th edition of the Tertio Millennio Film Fest is underway

Adventists.  An app to stay informed

Living Lent in a climate of change

February 16. The Bonfire in streaming for the Freedom Day