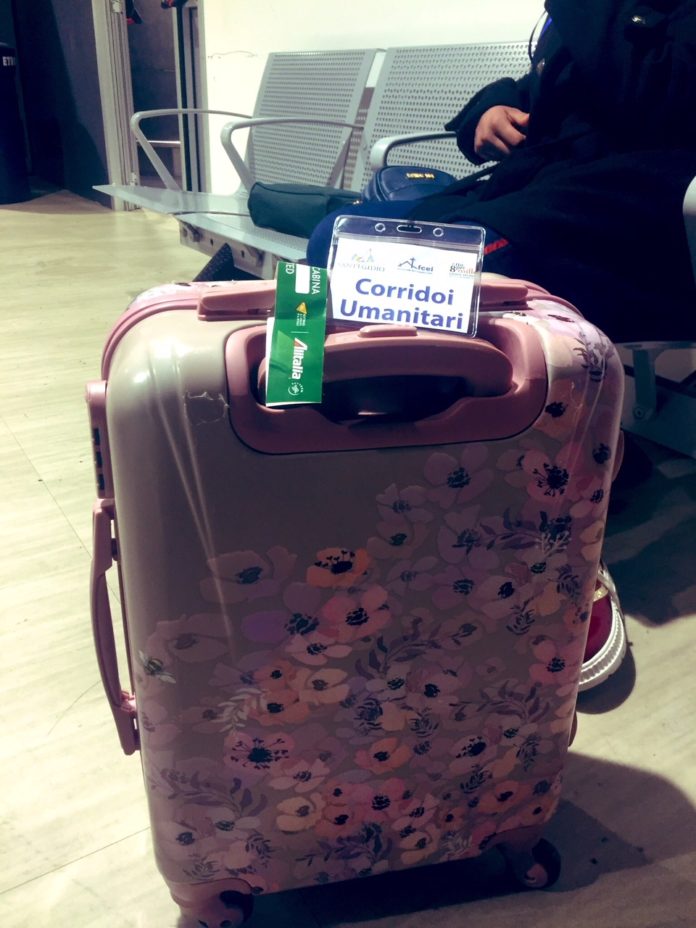 Rome (NEV), January 30th, 2019 – “We want to live without fear, this is what is important, not money, not anything else”. This is the hope of A. A., the father of the Syrian family who landed on Wednesday, January 30th, in Fiumicino, thanks to the last humanitarian corridor from Lebanon, organized by the FCEI (Federation of Protestant Churches in Italy), the Methodist and Waldensian churches and the Community of Sant’Egidio. Together with him, his wife and seven children, five of whom were minors, from Aleppo. “We arrived in Lebanon in 2013 – he said – and we arrived in Akkar, a northern district of Lebanon, where we worked in fields where grapes and potatoes are harvested. My children went to school, to Syrian schools. We stayed there for three years but the working conditions were very bad, they didn’t pay us, the situation for a Syrian in Lebanon is always very difficult… Since 2016 we have been in the Tel Abbas refugee camp”.

There the eldest son, born in 1998, used to do agricultural or building work but often, he explained, without getting paid. He hasn’t worked in the last four months.

Today, their lives have changed. Operazione Colomba, the non-violent Peace Corp, which operates in the Tel Abbas refugee camp, has “selected” them for the humanitarian corridors project. From Fiumicino, where they arrived by means of a scheduled flight, they were transferred to Turin, where they will be welcomed by the Waldensian Diaconia.

They are tired and exhausted after the long journey but happy to be in Italy and to have the opportunity to apply for asylum. Now they will be welcomed in Turin, a new house and a new family history to write, all together. What do they expect? Study, work, depending on age. The youngest daughter has very clear ideas: when she grows up she wants to be a doctor.