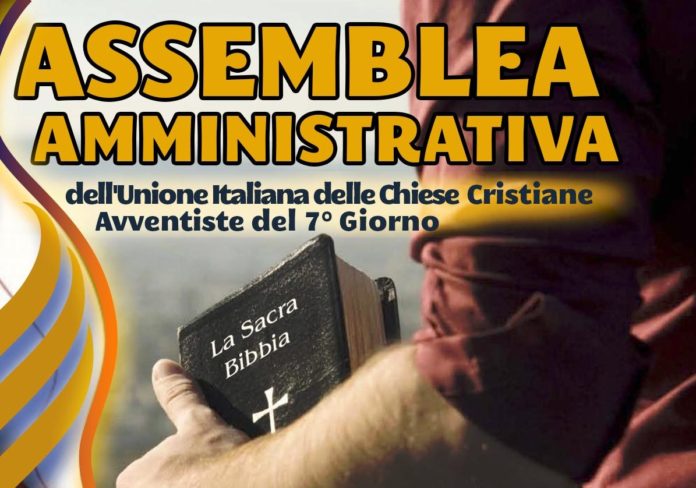 Rome (NEV / Riforma.it), February 21, 2019 – The XXVI Administrative Assembly of the Italian Union of Seventh-day Adventist Christian Churches (UICCA) will take place in Milan from 24 to 27 February, at the Hotel and Congress Centre “Da Vinci”, in via Senigallia 6.

304 delegates, coming from all over Italy, will be guided in their reflections and decisions by the biblical text “… he who plants and he who waters is nothing: God makes things grow!” (1 Corinthians 3: 7).

It is a five-year appointment of the national church to talk about the activities carried out and the indications for future ones. The Administrative Assembly is the highest governing body of the Adventist Church. Its task is to elect the leaders of the Italian Union, the persons in charge of the various departments and institutions that will administer the denomination between one Assembly and the other. The Assembly will also approve the guidelines to be followed over the next five years.
“The church has its own administrative rules that allow the clear, informed, fraternal dialogue and exchange, filled with that love that God first gave us – reads the release issued by the UICCA -. We are counting on the participation of all delegates to the reflection and evaluation process and we hope that from these considerations and verifications useful paths to promote evangelization and the diffusion of the Christian values ​​in which we believe, will emerge. For this reason we are praying and we invite you to do the same so that the Holy Spirit inspire our dialogues and enlighten our minds”.

At the opening of the Assembly, the presidents of the Italian Biblical Society (SBI), of the Federation of Evangelical Churches in Italy (FCEI) and of the Federation of Evangelical Women in Italy (FDEI), together with the representatives of the Lutheran, Pentecostal (FCP), Methodist, Salvation Army and Waldensian churches, will address their greetings.

Also the vice mayor of Milan will be present with a message of welcome.