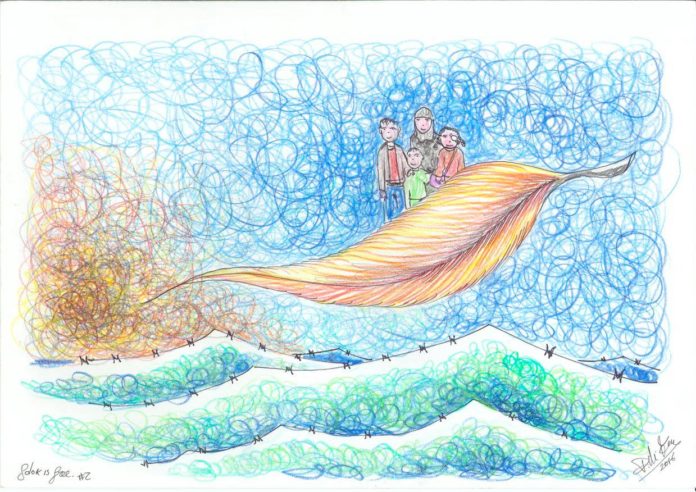 Roma (NEV), 18 febbraio 2019 – The new project promoted by Terre des Hommes, together with Mediterranean Hope – the Refugee and Migrant Programme of the Federation of Protestant Churches in Italy (FCEI) – and financed by the Italian Agency for Development Cooperation aims to provide medical and health care to Libyan children with serious illnesses, who belong to the most vulnerable groups of people. The medical care and assistance will be provided in specialised structures in Libya, Tunisia and Italy to about a dozen children with particular needs, coming from various Libyan cities. The project will also pay for family costs during the various phases of hospitalisation and care, given that the families do not have the means to ensure adequate assistance for their children.

In February, two local partners of the project, the Children’s Hospital of Tripoli and the Municipal Hospital of Zintan (a town about 200 km west of Tripoli at the border with Tunisia) are diagnosing and evaluating the cases in order to identify possible treatments and the most effective therapies. The children will then be transferred either to local hospitals or hospitals in Tunis, or possibly Italy at the “Gaslini” Children’s Hospital of Genoa, which has signed a collaboration agreement with Terre des Hommes and Mediterranean Hope-FCEI.

“It is a small project, with very limited numbers,” explains Paolo Naso, coordinator of Mediterranean Hope, “but it is the first time that FCEI, through its operators, has collaborated with Terre des Hommes directly in Libya, launching a project in a political situation that is anything but safe and stable. With this new piece of our project, we are expanding an initiative that Medical Hope has already started successfully in Lebanon aimed at offering medical care that otherwise is not available in Libya. This new action is part of a more general commitment to protect the right to asylum and international protection. It is an important commitment that reinforces our request for a large humanitarian corridor from Libya towards Europe, very similar to the ones we have been working on with the Community of Sant’Egidio for more than three years.”

“The protection of children is the basis of our mission,” declares Bruno Neri, director of Terre des Hommes projects in Libya. “At the moment in the country, it is extremely difficult for some sections of the population to access specialised medical care, as I saw in a recent mission together with Doctor Luciano Griso, director of Medical Hope. Many children with serious illnesses have no chance of receiving adequate care and treatment. This project adds to the activities to improve humanitarian assistance and hygienic conditions which we are carrying out in the Libyan migrant and refugee centres of Trik al Sikka, Tirik al Matar and Salahedin, offering protection and psycho-social support to migrant children.”

The funding obtained by AICS (Italian Agency for Development Cooperation) and the collaboration with FCEI – Mediterranean Hope, the Gaslini Hospital of Genoa and the International Evangelical Hospital of Genoa, which has made itself available to the parents who will accompany the children to be treated in the Gaslini hospital, has made it possible for at least ten Libyan children with serious illnesses to enjoy the fundamental right to health and to have the appropriate care to improve their state of health and to be able to look forward to their future life with confidence.

Since 1960, Terre des Hommes has been on the front line to protect children all over the world from violence, abuse and exploitation, guaranteeing that every child receives schooling, informal education, medical care and food. Terre des Hommes is currently present in 67 countries with 816 children’s projects. The Terre des Hommes Italia Foundation is part of the Terre des Hommes International Federation, works in partnership with ECHO and is accredited by the European Union, the UN, USAID and the Italian Ministry of Foreign Affairs. For more info: www.terredeshommes

Mediterranean Hope (MH) is a project of the Federation of Protestant Churches in Italy (FCEI), born in 2014 from the awareness of the dramatic situation of migrants from countries in North Africa, sub-Saharan Africa and the Middle East. The FCEI, in agreement with the Waldensian Board, decided to start a humanitarian and social project, aimed at the reception and integration of refugees who intend to stay in Italy. MH is financed mainly by the 8 per thousand funds of the Waldensian Church (Union of Methodist and Waldensian Churches). Today it has an active Observatory on Migration in Lampedusa and also deals with the reception, together with the “Casa delle Culture” in Scicli (Sicily), safe passages, in cooperation with the Humanitarian Corridors programme and rescues at sea, working with some NGOs. For more info: www.mediterraneanhope.com

* Medical Hope is a health care project funded by donations and carried out within the framework of Mediterranean Hope – the Refugee and Migrant Programme of the Federation of Protestant Churches in Italy (FCEI).