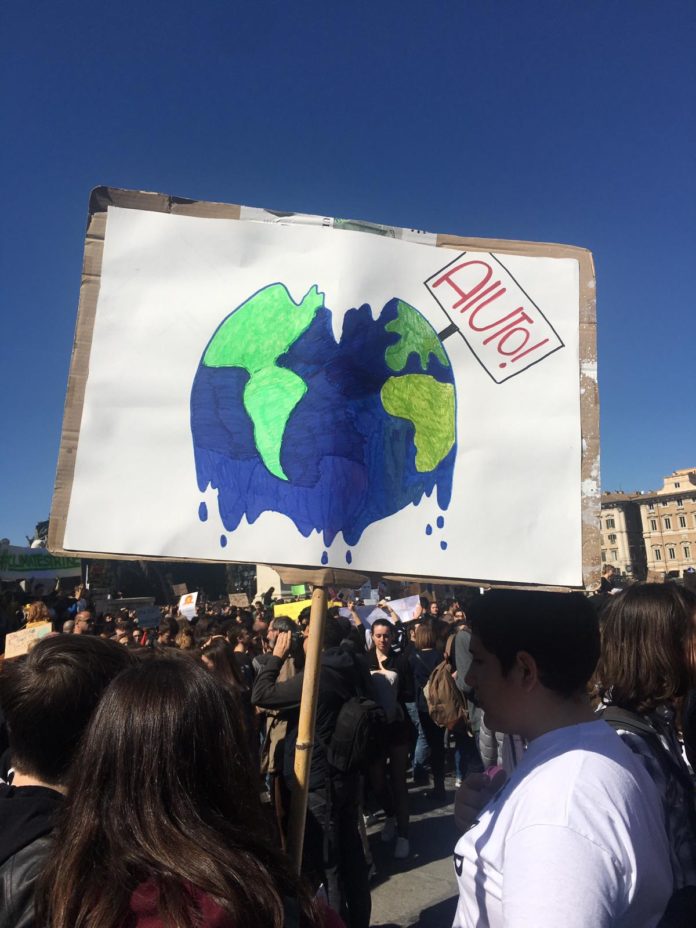 Rome (NEV), March 23, 2019 – Very high participation in the global climate strike, born from the example of Greta Thunberg, the 15-year-old Swedish girl who since August 2018, every Friday, protests outside the Swedish parliament – while she strikes at school – to ask the Swedish government and other states to take concrete action and stem climate change.

The Federation of Protestant Churches in Italy (FCEI), through the refugee and migrant program Mediterranean Hope and the Globalization and Environment Commission (GLAM) joined the global strike. “For decades we have said that a mode of production that generates waste, destroys the future and expresses contempt for God’s creation. The so-called waste is what is discarded: for the economy and widespread awareness are an externality, something that it is left behind as if it ceased to exist, but ‘waste’ invades seas, soils and enter into animal chains”. With a text that begins with these words Antonella Visintin of GLAM, expressed the sharing of the reasons for the global climate strike on March 15th.
The Dean of the Evangelical Lutheran Church in Italy (CELI), Heiner Bludau, said that “the future belongs to young people, they will have to live in this world. It is right that they call to responsibility adults, politicians who act without taking into account those who come after them. If everyone raised his/her voices, if everyone started from him/herself in his/her own small way, then the politicians would have no more excuses. And this is precisely the example these young people are giving us!”.
The youth of the Baptist Church of Rome Trastevere, participated in the Roman demonstration, praying in front of the Capitol and of the Parliament, asking the Government representatives  to take these requests seriously. Pastor Ivano De Gasperis said that the church young people prepared an appeal, then posted on Facebook, and underlined that as “responsible adults we have the duty to supporting young people who dream of an enjoyable, better and fair future”.