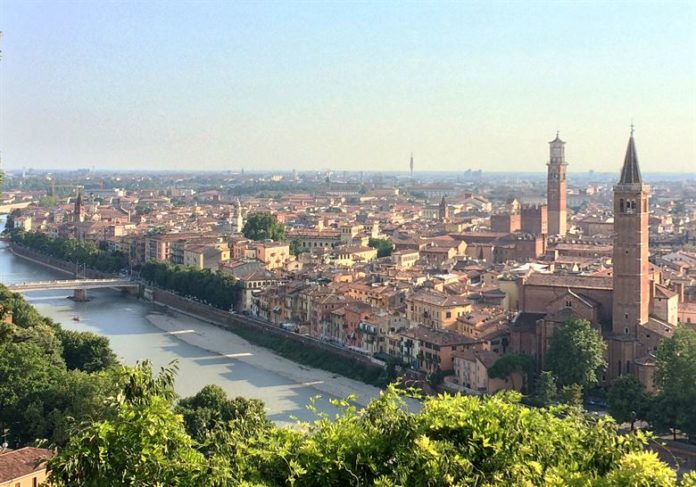 Rome (NEV), March 30, 2019 – The Interreligious observatory on violence against women, which includes 22 women of different religious traditions (Protestant – Lutheran, Methodist, Waldensian, Baptist, Adventist, Pentecostal – Catholic, Orthodox, Jewish, Islamic, Hindu, Buddhist), issued a press release on the World Congress of Families held in Verona from march 29 to 31 2019. The release expressed the Observatory’s concern about “the discrimination and the violent ideological character that emerges from both the text of the convocation and the preliminary interventions made by the leaders participating in the meeting”.

“We are deeply aware of the role that cultural context and religious traditions have played and still play in keeping alive the disparity in the man-woman relationship, according to a hierarchical system of male domination that structures, more or less visibly, the entire society . We know that this is the culture broth from which the violence originates, the one against women as well as all the violence based on any kind of abuse and discrimination. We also know that, unfortunately, the family, idealized as a place of affection and care, sometimes turns into the most dangerous incubator for the exercise of violence against women”, reads the text, which continues with an analysis of the principle of the natural family that, the Observatory says, “has imprisoned women for centuries”.

“Caging love in the frame of the “natural family”, which excludes homo-affective families; ruling against a law such as the 194 (the law of May 22,1978 – n. 94 on the voluntary termination of pregnancy, translator’s note) that allowed many women to save themselves from death caused by clandestine interventions; wanting to force women into the role of reproductive machines at the service of the nation; re-proposing the ‘tradition’ as a panacea for every evil without dealing with the historical data of the subordination in which women have been relegated for centuries: all this is, to say the least, intolerable”, continues the statement, which then underlines what it calls “the most serious aspect of all” and that is “the cultural violence that lies behind these principles:  the idea that there is a unique model to which all must adhere, that for everyone and, above all, for each woman, there is only one role to play, and no “diversity” is allowed – a dangerous premise for the rejection of the “different” who comes from afar, who can only be integrated as a slave, maybe a sexual one. The Interreligious observatory on violence against women wants to engage with determination and in every way, field and opportunity to resist to this unjustifiable violence”, the release concludes.

Always about the World Congress of Families, the Baptist theologian and pastor Elizabeth Green, in an interview to the NEV Agency, stated – among other concepts – that Jesus created a new family based not on blood ties, but on fidelity to Him. In such a family everyone has the same dignity and women are given the possibility to escape from unequal and sometimes dangerous relationships.

In another NEV interview on the same subject, Christiane Groeben, vice-president of the Federation of Protestant Churches in Italy (FCEI), said: “The freedom I ask for myself, I also ask for others, even if this can sometimes be a problem. On bioethical issues, the discussion is very delicate. In the Lutheran church we have discussed for a long time about the end of life and the living will. Although difficult, the tendency is to leave the decision to the individual. Helping a loved one to die is something I personally would not do. But I don’t feel like judging. Whoever does it must answer personally. On abortion, there are women who want to give birth at the risk of life, others who are not willing. These are personal decisions on which we cannot stand as judges, and which are regulated by laws. I am happy to be a Protestant and to be able to decide freely, consulting with God, with those to whom I am close, and then decide. It’s not always easy, but it’s nice to be able to do so”.