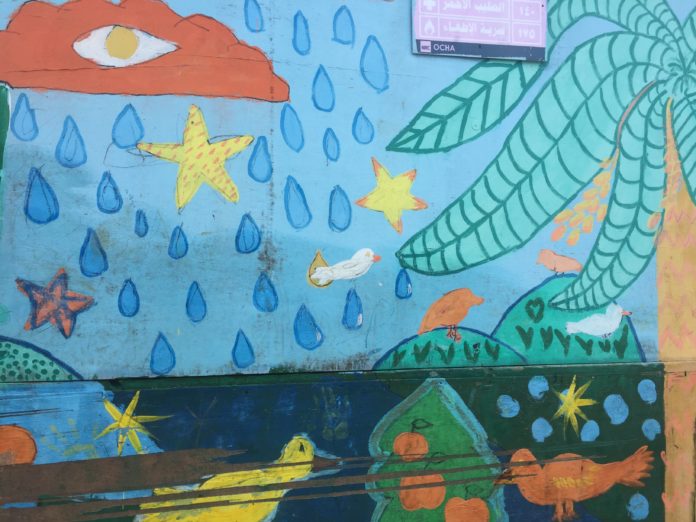 Rome (NEV), April 24th, 2019 – The “Lo sguardo dalle frontiere” (A Look from the Border) editorial is written by operators of Mediterranean Hope (MH), the migrant project of the Federation of Protestant Churches in Italy (FCEI). This week’s “Look” comes from Lebanon and is by Barbara Battaglia about the journey of the last humanitarian corridor from Beirut to Rome.

The stories of the humanitarian corridors, the only legal and safe way to enter Italy or Europe from Syria, are the stories of vulnerable people who could access the program developed by the FCEI  and the Community of Sant’Egidio and change their lives. But there are also the stories of those who will never arrive in Italy.

During the last corridor on March 28, thanks to Valerio Cataldi by Tg3  we talked about a family of five kids that left. Two children were seriously ill with no access to medical care – as is the case with all Syrian refugees and most of the poorer classes in Lebanon – and this was one of the main reasons for this family to leave. They lived in a relatively well-maintained building on a hill a few kilometres south-east of Beirut.

The mother showed us what she was packing, the kids showed us their drawings. They left almost nothing in their house. They did not even leave any object. But there were three people, three women. One of them was the grandmother, the mother of the woman who showed us her luggage,  and who was about to leave to try to save her children, sick or not. She will most likely not see her grandchildren or daughter anymore. It is basically impossible for a refugee to travel, and it will be very difficult for them to return to Lebanon, even for a limited period. The woman was too old to leave, to change her life, learn a language, change habits again. Her pain was there, she cried and there was nothing more to add or words that could make sense, or gestures to comfort her.

Another woman, another life: in Tripoli, North Lebanon, three hours from Beirut, on the balcony of a well-maintained apartment. Four people lived there, two women and two children. One of the two women is the mother of the children, the father abandoned them and never took care of the children. Those who remain are young girls, a young woman in particular, who on the balcony of that house wanted to make a selfie with those who were leaving and with those who helped them to leave, the operators of Mediterranean Hope. She wanted to take selfies, like everyone else. Meanwhile, she was looking at her sister leaving. I think she hoped to reach her sooner or later. It was a goodbye for her, although I do not know if her dream would never come true, and if those photos remain as the last memory of her “luckiest” sister.

Those who do not leave are a punch in the stomach, they are not the story with a happy ending, there is no happy ending for them, there is no hope. They stand there and remind us an injustice with no cure that will remain and for which someone is responsible. Whether it is war, the condition of migrants, the need for humanitarian protection, or the results of neo-liberal globalization, whatever the reasons for the material conditions in which they live, these people stand there. They will not go anywhere, they stay in a camp, or in a house if they are lucky, to survive every day, with few rights that no one ensure them.

Tomorrow is the anniversary of Liberation. One of the strongest images I have of Lebanon, and in particular of the Tel Abbas refugee camp, is a 2-3-year little girl who welcomed us singing Bella Ciao. She would catch our attention, we spent some time together, playing around the videocamera and the cameras, and she knew the song-symbol of the partisans. I don’t know if she leaves for Italy or some other country, I don’t know when and how many more years she will live in a refugee camp a few kilometres from Syria.

This April 25th is for you.