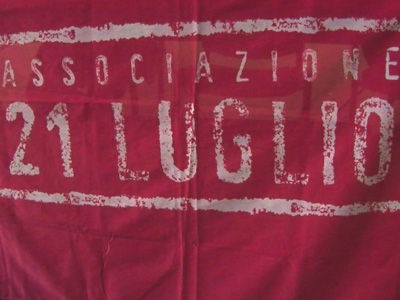 Rome (NEV), May 25, 2019 – “The Christian Baptist Evangelical Union of Italy (UCEBI) expresses its solidarity with the Roma community of Giugliano, in the province of Naples, which underwent on Friday 10 May 2019 a forced eviction by the police, in clear infringement of international standards on evacuation procedures”. This can be read in a statement released by UCEBI which also denounces how 450 people, including 200 children – almost of them born in Giugliano or in Italy – pregnant women and elderly people, have been living in the street for a week, with the only help of the Libera Association and Caritas.
UCEBI,  signed the appeal of the Associazione 21 Luglio and invited its own churches to do the same, condemning “this action that affects whole families without any consideration for the psycho-physical well-being of minors, sick people and women in state of pregnancy”. UCEBI also addressed an invitation to the institutions to provide the appropriate solutions to “stop this obvious violation of fundamental human rights, giving these families a place where to live preserving their dignity”.
Also the Waldensian Board moderator, pastor Eugenio Bernardini, signed the appeal of the Associazione 21 Luglio and declared: “No to the hatred against Roma people. The events that took place in Rome, in Torre Maura and in Casal Bruciato, see a spread of hatred against this minority. Not last what happened in Giugliano – in the total absence of media”.
The Waldensian Board has invited its churches to sign the appeal individually “because around the Roma issue a worrying picture, seriously affecting human rights, is being built. When you treat others as things or problems or enemies and no longer as people, as human beings – said the moderator Bernardini – you start on a dangerous path of discrimination and violence. We have seen it happen too many times in the past, we don’t want it to happen again”.
The Waldensian church has always been sensitive in opposing the climate of hatred towards the Roma minority. In Milan, the local church created, in 2011, the Roma Attention Group (GAR) which brings together volunteers committed to supporting Roma families in extreme poverty or in housing emergency.
Meanwhile, the European Court of Human Rights based in Strasbourg has recognized the right to family unity and the need to adopt provisional measures, requiring the Italian Government to provide adequate housing for the Roma families who, after the forced evacuation of Giugliano, had appealed with the support of the Associazione 21 Luglio and the European Roma Rights Center.