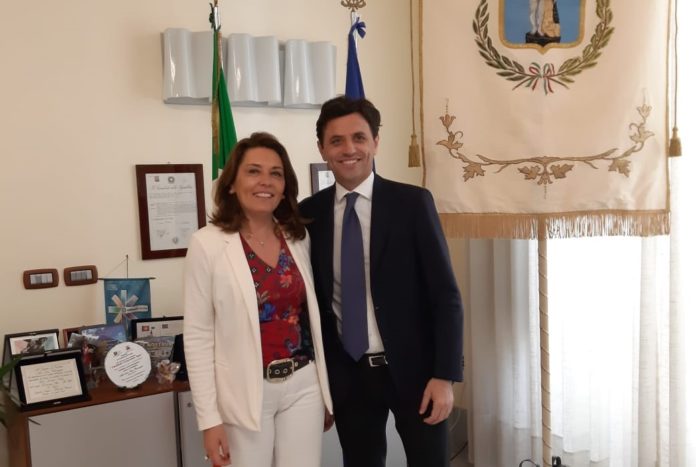 Rome (NEV), June 7, 2019 – The Lutheran Evangelical Church in Italy (CELI) and the municipality of Ercolano (Naples) signed an agreement for two social projects aimed at children. Healthy nutrition, common moments of leisure, learning the rules of coexistence and of mutual respect, being able to spend carefree moments in a beautiful environment are important for the child development. Guaranteeing these experiences, however is not always easy, especially in areas at risk that have strong social problems. CELI, on May 31 last, signed an agreement to support two social projects for children in the municipality of Ercolano, to be carried out in the 2019/2020 school year.
At the end of August, 50 children will leave for a minimum seven days summer-camp. The second project, on the other hand, plans to guarantee a healthy and ecological breakfast for the eighty children enrolled in the Ercolano Municipality nursery school, throughout the school year.
The agreement, of around 53,000 Euros, was signed by the vice president of the CELI consistory, Cordelia Vitiello and by the mayor of Ercolano, the lawyer Ciro Bonajuto. “This initiative replaces our decades-long commitment to the Jesus of Nazareth school in Torre del Greco – said Cordelia Vitiello – and I am very happy that we have been able to identify a valid project remaining in the same territory and in the same school-educational context. With the ecological breakfast we complete the last commitment of our April 2019 synod, in favor of sustainability and ecology”.

The mayor of Ercolano, Ciro Bonajuto, thanked CELI for these two opportunities: “The ecological breakfast in kindergartens has a particular value in a social environment like Ercolano, education for a healthy diet is an added value. Spending a week of vacation in a healthy environment is also an important fact for the growth of these kids, an investment for their future”.
On May 28 last the “I learn what I live” project was concluded with a celebration to which participated all the students of the schools involved, the teachers, the students families, the representatives of the institutions and of all the associations which made this project possible. The project promoted by the Bimbo Aquilone association, and financed with the 8 per thousand funds of CELI, has come to its third edition and addresses boys and girls of the fourth and fifth grades of the primary school and of the first and second grades of the middle secondary school. The project goals are to teach mutual respect among people and to consider diversity as a source of wealth for individuals and society. It is divided into different thematic areas such as: the fight against bullying and cyber-bulling, the pluralistic society, the rights of minors and their defense, opportunities and risks in the use of technology, the golden rules of good citizenship, healthy eating and healthy lifestyles.

CELI, since 1993, the year in which it signed the Agreement with the Italian State, is recognized as an Italian church and consequently is entitled to the 8 per thousand funds. Many Italians, even without being members, express their trust in the Lutheran church year by year. CELI’s diaconal commitment covers vast areas, with particular regard to childhood and especially also where, for various reasons, situations of distress arise.