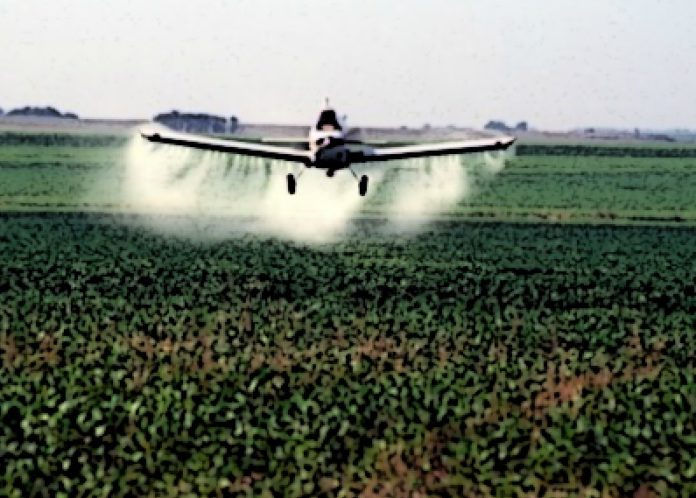 Rome (NEV), August 25, 2019 – “The urgency of the situation requires that Christians and churches give tangible signs of their faith by collaborating to spread sustainable consumption models and putting pressure on governments to adopt energy policies and a sustainable agricultural production consistent with international commitments to contain climate change”, said Antonella Visintin, coordinator of the Globalization and Environment Commission (GLAM) of the Federation of Evangelical Churches in Italy (FCEI), after the publication of the Report of the intergovernmental group of experts on climate change (IPCC ) of the United Nations, “Climate change and the earth” which focuses on climate change, desertification, land degradation, sustainable land management, food security and greenhouse gas flows in terrestrial ecosystems.
GLAM also expresses its concern about the approval of 51 types of new pesticides in the Brazilian market. According to a Greenpeace document, since the beginning of the government of Jair Bolsonaro, on the1st of January 2019, 290 new substances have been authorized.
“It is not difficult to trace the interests that draw the strings of Bolsonaro’s action – continued Visentin -, who has subjected the Ibama environmental authority, autonomous in the past, to the control of the Ministry of Agriculture and has given a free hand to the destruction of the Amazonian forest to make GMO soy and new pastures for meat animals. This strategy is part of the general revival of US control of its ‘home garden’ and the lobby map of evangelicals groups supporting the Right. Bolsonaro is part of it and has also publicly declared that he has been chosen by God”.
Considering that last June 28 – twenty years after the start of negotiations for the creation of a free trade area with Mercosur (Southern Common Market) – an understanding was reached on the text of the agreement that will regulate trade between Europe and the South America, and in the light of the critical issues facing the Latin American continent, GLAM calls the churches “to adhere to international initiatives to monitor the EU and Mercosur agreement and not to lower their guard over respect for food security, human rights in Brazil and the safeguard of the rule of law”. Once again, the FCEI’s Globalization and Environment Commission calls for “abandoning an unsustainable and biocide way of producing and invites all to join the Time of Creation, which begins in a few weeks, and which focuses precisely on these “themes”.