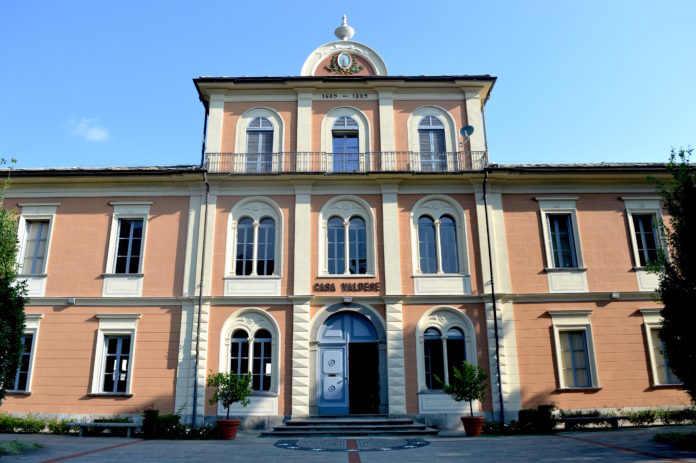 Rome, August 25, 2019 (NEV/CS40) – The annual Synod of the Methodist and Waldensian churches opens today in Torre Pellice (Turin). Also this year the 180 deputies – pastors and lay people in equal numbers – will converge from all over Italy in the “capital of the Waldensian Valleys”, to decide on the life of the church, and will devote their attention to numerous topics including the question of religious freedom, relations with the State, social and community commitment, “global diaconate”, human rights, the present and the future of the so-called “intercultural generation” and of local churches, ecumenism and interreligious dialogue.

The Synod will open at 3.30 pm with a worship service in the temple of via Beckwith. The preaching has been entrusted to Erica Sfredda, a local preacher. During the opening ceremony, Marco Casci, Sophie Langeneck and Nicola Tedoldi will be consecrated to the pastoral ministry after having passed the so-called “faith test” of the previous day. Together with the preacher Erica Sfredda, the three candidates will open the traditional procession along via Beckwith towards the temple.

From  the Italian Episcopal Conference (CEI), will be present Msgr. Ambrogio Spreafico, president of the Commission for ecumenism and interreligious dialogue (UNEDI).
Numerous guests from different continents are also expected, among whom we recall Randy J. Mayer, pastor of the Good Shepherd United Church of Christ, engaged for over twenty years in the border lands between USA and Mexico, who will be one of the speakers of the meeting on the theme of migration promoted by Mediterranean Hope – FCEI refugee and migrant program and by the Synodal Commission for Diaconate (CSD), which will be held on the 26th of August at the Synod in Torre Pellice.

The usual “public Monday evening”, scheduled for August 26 at the temple of Torre Pellice, will be focused on the theme of “Law, rights, truth, democracy” with speeches by: Marco Tarquinio, director of Avvenire, Maria Grazia Mazzola, journalist, Marco Bouchard, magistrate; Ilaria Valenzi – lawyer and legal manager of the Federation of Evangelical Churches in Italy (FCEI), will introduce and chair the evening.

The Synod Assembly, which is in fact the highest decision-making body of the Union of Methodist and Waldensian churches, will close on Friday 30 August with the election of the various executive and administrative offices.

This Synod closes the mandate of Pastor Eugenio Bernardini and will elect the new moderator.