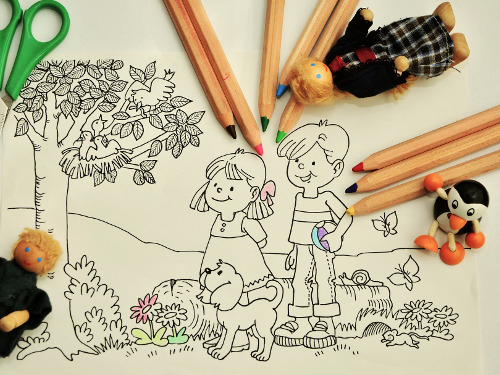 Rome (NEV / Waldensian Diaconate), October 12, 2019 – The Commission for Waldensian Diaconate  (CSD) published a statement on the anniversary of the Lampedusa shipwreck of October 3, 2013, which saw 368 victims and 20 missing at sea, following the sinking of a boat full of migrants, just a few meters from the port of the Sicilian island.
The CSD takes a position on the issue of Ius Culturae, the right of citizenship for minors who grow up and are formed in Italy, following the political debate on this issue  rekindled in these days.
“In Italy there are about five hundred thousand children and teen-agers born in our country who are not Italian citizens and there are hundreds of thousands more who arrived in Italy when they were very young. They attend school and prepare to live their life here, but, due to their administrative condition, they cannot travel abroad like their companions, they cannot practice competitive sports and their stay is linked to the renewal of their parents’ residence permit . They are boys and girls who will work side by side with our children, who will teach, who will buy a house and build their lives in our country, to whom we will rely in our old age, who will take responsibilities in our communities. Isn’t it fair to give them citizenship? Is it not wiser to guarantee stability? Is this not a truly effective way to guarantee security in our cities of tomorrow? If ‘even the sparrow has found a home, and the swallow a nest for herself where she may have her young…. (Psalm 84.3)’, why should these boys and girls live in permanent anxiety of being in a country that does not want them? The Waldensian Diaconate, which for years has been engaged in various reception projects, considers a law to remedy this situation, indispensable and urgent. It costs nothing and helps us and them”.

On occasion of the National Radio program “To be church together” of Sunday October 6, also Paolo Naso, coordinator of the Migrants and Refugees program  – Mediterranean Hope (MH) of the Federation of Protestant Churches in Italy (FCEI), underlined the three main reasons for which the Italian Protestant Churches have been affirming for years the urgency of such a law.

The first is that they are convinced that a society which does not give civil representation to those who study, work, do business in our midst, is a limited democracy and dangerously marked by a lineage privilege that, in the face of modern mobility, appears obsolete and even dangerous. What is the point in securing the vote of an Italian native who may have been absent from his or her country for decades and deny it, instead, to the young son of migrants who dreams of being a policeman or a magistrate?
The second reason is that Italian Protestant churches are convinced that, together with their Italian peers, young migrants grown up in Italy, constitute a precious human and social heritage, a capital of ideas, energies and hopes of which our society, in obvious demographic decline, has a great and urgent need.
Finally, they affirm the value of citizenship because they believe in the value of a cohesive society, united around a civil pact and the fundamental principles of our constitutional order. Through decades, thousands of African, Asian and Latin American migrants have become part of the Italian evangelical churches, contributing to their growth and their revitalization. And today Italian evangelism is multilingual, multi-ethnic and inter-cultural. Going along this road has not been easy, but today this experiment can be considered consolidated and makes us see the potential of a society that welcomes, integrates and includes. Also thanks to a passport.