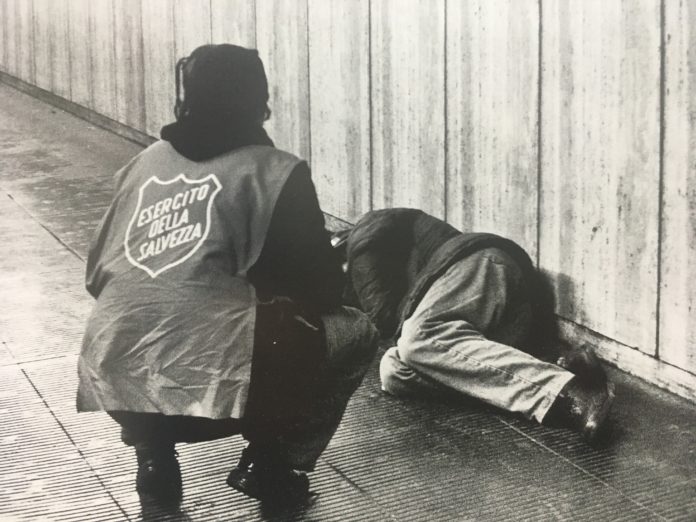 Rome (NEV), November 23, 2019 – The Salvation Army in Italy (EdS) presented its Activity Report in Rome on Thursday 21 November, in Via degli Apuli 41, in Rome.
Lieutenant Colonel Massimo Tursi, head of the Salvation Army Command in Italy, said: “In a time of great difficulty in living, especially in the social and economic fields, we continue operating, as always since 1887, in our Country being close to people, close and concretely helping our neighbor. The Report-budget of our activities  illustrates actions, data, figures and perspectives for 2020”.
The EDS is a moral body and a Christian-Protestant inspired cult association that supports throughout Italy about 60,000 people, families and individuals, in situations of difficulty and hardship. The Report is a real “social balance sheet for the past year”. For the occasion, the EDS proposed “a dynamic meeting-debate between academics, social and religious representatives”, chaired by Eleonora Camilli, journalist of  the “Redattore Sociale”.

The morning opened with the institutional greetings and the speeches of Lieutenant Colonel Massimo Tursi and Francesca Danese, EDS public relations manager. Also present among others pastor Luca Maria Negro, president of the Federation of Protestant Churches in Italy (FCEI); Antonietta Cosentino, professor of Economics of non-profit companies at the University of Rome – La Sapienza; Roberto Panzarani, president of the Scientific Committee of the Third Sector Forum of Lazio and professor of Innovation management in many Italian and foreign universities; Sandra Huesca Avila, educator and trainer.  The interventions of several institutions, associations and volunteers concluded the meeting.

Recently the world leaders of the Salvation Army were received by Pope Francis in the Vatican. The Pope thanked EDS for the work in favor of the last in the world, and in particular for the welfare and moral activity on the Roman territory. The EdS has been present in Italy since 1887 and is member of the FCEI.

Common ground on the border