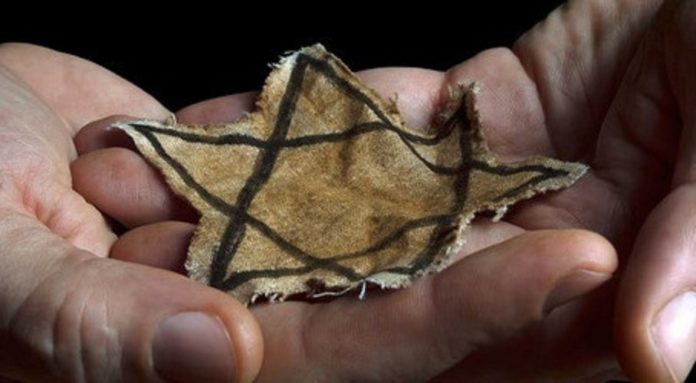 Rome (NEV CS / 02),  January 31, 2020 – “We are alarmed by verbal and physical attacks, by violent acts and also by the Holocaust denial and the reorganization of movements that refer to Nazism and Fascism. We are concerned about the resurgence of intimidating and vandalism acts of an anti-Semitic nature that bring to mind persecutions of the past. The Protestant and Jewish communities, which represent a minority in Italy, have been subject to these persecutions, although in different times and ways, what has marked one of the darkest and most shameful moments in the history of our Country”. These are the words of pastor Luca Maria Negro, president of the Federation of Protestant Churches in Italy (FCEI), on the occasion of this year Memorial Day.
And just on the day when the victims of the Holocaust are remembered, the FCEI presents “Against anti-Semitism and the drift of hatred”, a booklet thought as a tool of work and reflection for the Week of Freedom 2020, dedicated precisely to anti-Semitism. Italian protestants  celebrate around February 17, the date that recalls the grant of civil rights to the Waldensians  in 1848.

The Freedom Week  – a highly symbolic moment for the Italian Protestant community – this year will be dedicated to the commitment against anti-Semitism: “We want to enhance the freedom achieved and, above all, make it an opportunity and an instrument of intervention for those who still have no freedom and rights or see them limited or denied. The freedom and rights that we have must be protected, but they also imply a responsibility, a vocation to use them also to act in favor of those who are subject to discrimination or threatened. Nothing more and nothing less”.
“Against anti-Semitism and the drift of hatred” will be sent to the federated churches who will be invited to “be vigilant and active against anti-Semitism and certainly against all forms of racism, xenophobia, sexism and discrimination of all minorities” as well as to “deal with the weight of a secular anti-Judaism of Christian origin, of which we became aware after the Shoah. We want to start a path of conversion and renewal also about this issue”,  can be read on the agenda approved by the FCEI Assembly on November 16, last year.
President Negro on January 27 sent a letter to Noemi Di Segni, president of the Union of the Jewish Communities in Italy, in which he expresses “the total solidarity and spiritual closeness” of the FCEI in the face of the “resurgent anti-Semitism”. Negro, renewing the friendship shared by the two communities, encloses in the letter a copy of the booklet prepared for the week of freedom “Against anti-Semitism and the drift of hatred”.