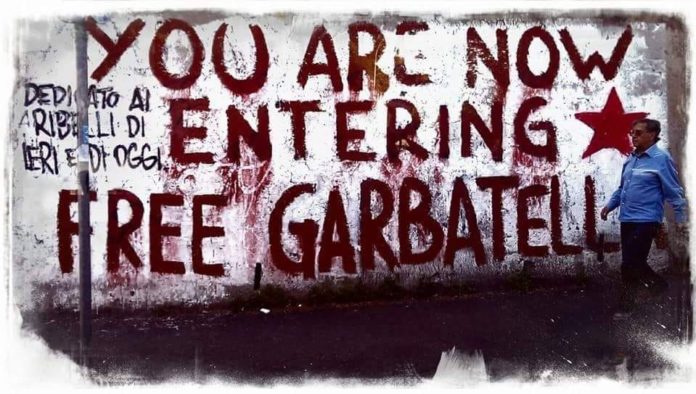 Rome (NEV), February 26, 2020 – The official opening of the celebrations for the 100th anniversary of the Roman district “Garbatella”, was held in Rome on February 18 morning. The ceremony took place in a crowded Piazza Brin, where the foundation stone of the neighborhood was laid 100 years ago. Representatives of the institutions, the local police band, students and citizens participated to the event.
“The history of the Baptist community of Garbatella is the history of a small community within the larger community, which has always made itself visible on big issues (work, peace, culture) – declared Giuseppe Miglio, pastor of the church of via Pullino 20, and Vice-President of the Baptist Evangelical Christian Union of Italy (UCEBI) to the NEV Agency -. “I brought my best wishes for the centenary on behalf of the whole Baptist Protestant community”.
The Garbatella district still today “manages to give emotions, allowing people to live and build relationships and interactions. It is a place where stories, thoughts and ideas are intertwined”, added pastor Miglio, recalling various initiatives carried out by the Baptist church, including those for the ecumenical dialogue.