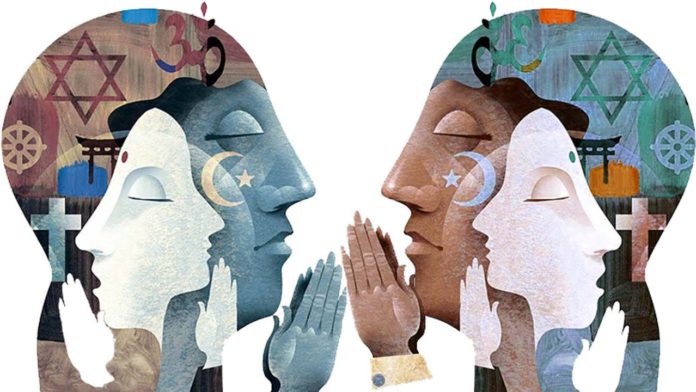 Rome (NEV), May 16, 2020 – The Federation of Protestant Churches in Italy (FCEI) joined the global anti–COVID-19 day of prayer  on Thursday 14th of May. The joint initiative of the High Committee for Human Fraternity, which also includes the World Council of Churches (WCC), was aimed at all religious leaders and peoples around the world.
At noon, millions of people gathered in prayer, although many initiatives were scheduled throughout the day.
“The membership of the Federation was primarily due to the basic idea that animated the convocation of this prayer”, the Waldensian pastor Pawel Gajewski, coordinator of the “Dialogue” section of the FCEI Integration Studies Commission (COSDI), told the NEV agency.
The Federation invited all its member churches and all believers to meet in prayer on May 14, “thinking about the unprecedented situation we are experiencing – continued the pastor -. It was a gesture of solidarity with all the people who have suffered losses, who are sick or who suffer from the pandemic.  A prayer of intercession for all these people and a commitment to help them, to create adequate ways to respond to their spiritual and material needs” .
Numerous churches at local level, individual believers, religious and ecumenical bodies also joined the global  anti–COVID-19 prayer, including the Jewish Christian Islamic Dialogue Group (DECI) of Florence and the Italian Hindu Union.
“As FCEI we decided to propose a prayer taken from  the Week of Prayer for Christian Unity (SPUC) 2020 dossier,  the one on the 4th day of the week – concluded Gajewski -. We made it available to anyone interested, and we asked to disclose it, to share it in groups, via the web or in other ways as it is a prayer with a strongly ecumenical breadth”.