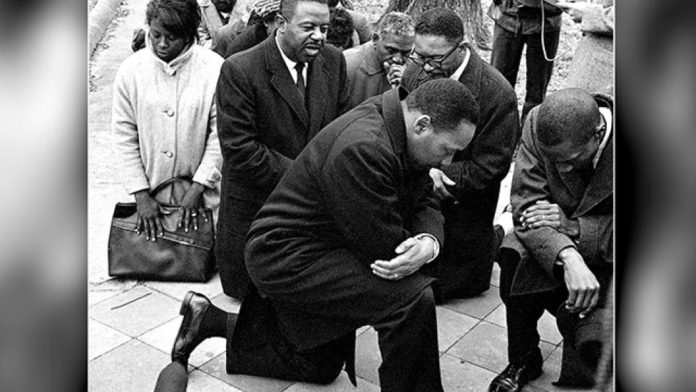 Rome (NEV), June 28, 2020 – On Saturday 20 June, World Refugee Day, the Adventist Church welcomed the invitation of the Federation of Protestant Churches in Italy (FCEI) addressed to all protestant communities to kneel and say that “migrants lives matter”, that “everyone lives matter”.
“With this symbolic gesture, we Adventists too – declared the president, pastor Stefano Paris – wish to remember the difficulties of the refugees and renew, in the light of the Bible, our commitment to open not only our hearts, but our churches and our homes to those who ask for hospitality. Reminding us all that in doing so someone even hosted angels without knowing it”.
Also the director of ADRA Italia (the Adventist humanitarian agency), Dag Pontivik,  recalled the value of migrants reception: “This year the World Refugee Day crosses with the rumors about the racial inequalities we have virtually witnessed in recent weeks. How do we place ourselves in front of those who come from another country, from a culture which has another story, many times made of sufferings and violence? Challenged by our values, as  ADRA volunteers, we commit ourselves to be spokespersons and actors of reception, respect for the dignity of each person without distinction, especially in these times of global fragility. For this reason, in 2020, as Italian Adventist Church and as ADRA Italia, we joined the worldwide signature collection campaign “All the children of the world at school”, which aims to collect one million signatures to raise awareness among the governments of those countries in which the right to study is not guaranteed to all minors, especially to refugees and asylum seekers children. We firmly believe that education is one of the pillars on which to build a fairer world”.

The Adventist Church, with the funds of the Eight per thousand of the Income Tax, supports ADRA Italia and numerous initiatives to sustain and integrate migrants in Italy and abroad.