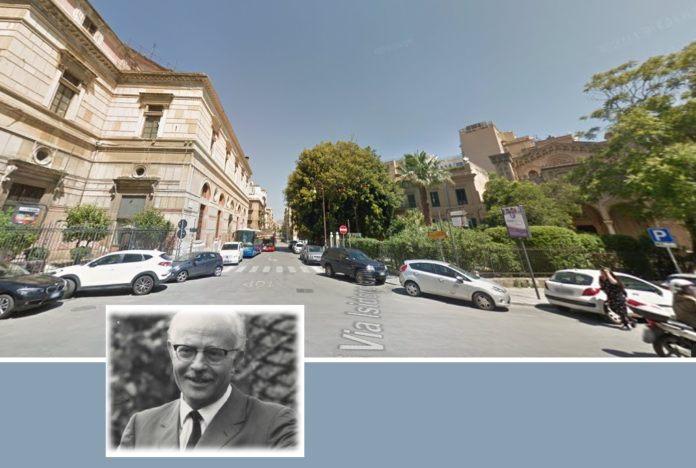 Rome (NEV),  July 5, 2020 – Official opening, Sunday 5 July, in Palermo, at noon, of the street named after the pastor Pietro Valdo Panascia (1927-2007), courageous and generous witness of faith and social commitment. “Pietro Valdo Panascia was the pastor who created a stable relationship between the Waldensian church and the city of Palermo, through preaching and social action”,  pastor Peter Ciaccio told the NEV agency. The application to name a city street after him, was set in May 2017 (ten years after Panascia’s death and in the year of the celebrations for the 500th anniversary of the Protestant Reformation, ed.)  to the competent offices. Pastor Peter Ciaccio continued: “Panascia united the church and the city, with a Protestant and at the same time secular spirit. There was a time when the silence on the mafia was deafening. Great was the silence that accompanied the massacre of Caciulli in Palermo in 1963, broken only by the small Waldensian church of Palermo and by its pastor Piervaldo Panascia, who had a poster affixed throughout the city streets recalling God’s  commandment “do not kill”.

“A prophetic word that weighed on the consciences of those who had not raised their voices” – wrote pastor Luca Baratto in a 2013 editorial -. Even Pope Paul VI was shaken by that appeal to the consciences of the Waldensian pastor and his community: “It is God who orders not to kill!”. That was the only Christian response against the mafia in the aftermath of June 30, 1963, when five Carabinieri and two army soldiers were killed in an attack, which shocked public opinion throughout Italy.