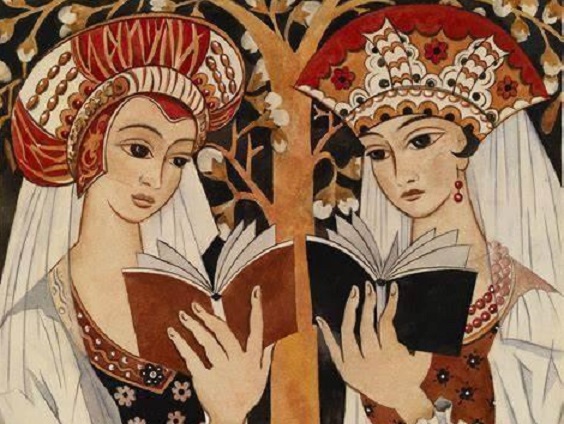 Rome (NEV),  July 12, 2020 – Adhesions continue to arrive to the open letter entitled “Church, apologize to us“, which denounces the patriarchal and androcentric structure of religious institutions and society. “If the Catholic Church fears a schism inside it – due to the squalid maneuvers hatched by conservatism – it should also question itself about the possibility of a schism by women” it is written in the premise of the letter. The letter’s subtitle reads: “Peace in the the world cannot do without apologies to women by ecclesiastical hierarchies”.
Born out of “thirst for justice”, the letter denounces the abusive actions and phrases that have been reserved to women over the centuries, “boundless ‘heritage’ that designates a past that weighs and does not pass; whose memory should not be erased nor ignored by turning the page. We believe that only starting from the responsible assumption of these statements the representatives of the male clerical power can become aware of this sad “archeology” that shaped them”. 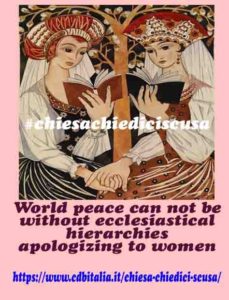 Among the people who signed the document there are nuns, religious and lay people, women of ecumenical movements, men, and also some Protestant women pastors, among whom the Waldensian pastor Daniela Di Carlo, the Baptist pastor Gabriela Lio, Renate Zwick of the Lutheran Women’s Network  and Claudia Angeletti, of the Rosa Parks Association – a Protestant cultural center.  Among the first signatories, Paola Cavallari of the Inter religious Observatory on Violence Against Women (OIVD), women of the Italian Christian Grassroots Communities and of the Secretariat for Ecumenical Activities (SAE),  Anne Soupa, biblicist, president of the Comité de la Jupe in Paris, who recently submitted her candidacy for the office of archbishop of Lyon, receiving the support of many Catholic and Protestant women in several European countries. Among the renowned personalities, also the theologian Antonietta Potente and the writer Giancarla Codrignani.