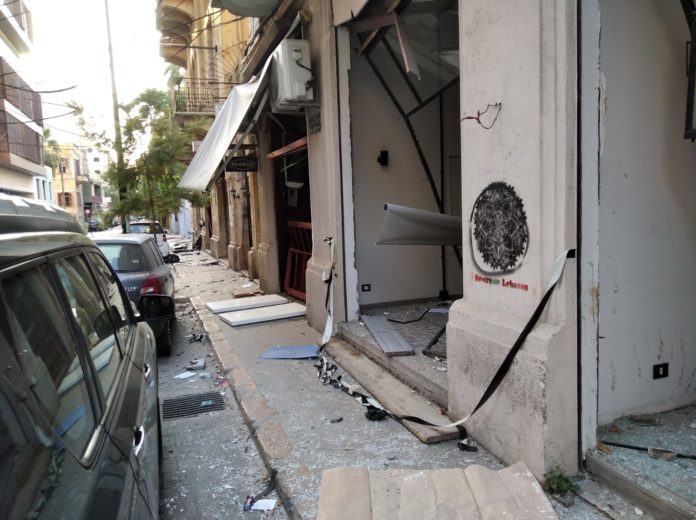 Rome (NEV), 20th August 2020 – The toll taken by the tragic explosion in Beirut on 4th August has significantly worsened.  According to data from the UN Office for the Coordination of Humanitarian Affairs (OCHA), an estimated 200 are dead, 6,000 injured, 170,000 houses destroyed or damaged and 50,000 students unable to return to the 120 schools affected.  Further, as a result of the destruction, various healthcare faciilities have been rendered unfit for use, and tens of thousands of people in diverse professional sectors have lost their jobs.  Damage to electricity, water and sewage networks will have a long term impact, with resultant consequences for the provision of water and subsistence of thousands of people.  Matters are made worse by the rise in Covid 19 infections, which prompted the government to re-impose a total lockdown from 21st August until 6th September in an attempt to stem the spread.  On 17th August 456 new cases of Covid 19 were registered in Lebanon, the first time that such a high number has been registered in a single day, bringing the total number of confirmed cases to 9,336.

Humanitarian assistance will continue during the lockdown.  “The city is still suffering,” confirms Irene Vlad, one of the Beirut staff of Mediterranean Hope (MH), the refugee and migrant programme of the Federazione delle chiese evangeliche in Italia (FCEI).  “The Gemmayzeh and Geitawi quarters have been completely destroyed.

There has, however, been a huge mobilization of civil society.  A majority of young people in the areas most affected by the explosions are extremely active.  Some have taken time off work to help; others continue to work but help as well.  They have set up various ‘relief stations’ at which they provide direct help to the most vulnerable population,” continues Vlad.

“Some young folk from Getawi have taken over an abandoned petrol station, bringing light, tables and other items to create a centre where the elderly and, indeed, all locals can come to get food aid, hot meals and medical assistance.  This initiative is partially supported by our Medical Hope project.It’s a place where the various volunteers who are out and about repairing local houses can stop for a glass of cold water, and to have a chat.  These young people are extremely active.  It is as if they had always had this energy within them and now have another means of channelling it.

As far as the social and political situation is concerned, there is some tension.  There have been various demonstrations at which the police have opened fire whilst participants were protesting about the dead and the destruction of the city.  Those hospitals which are functioning, already at the point of collapse from treating those injured on 4th August, have also been having to treat those injured in these clashes.

Covid 19, already becoming more prevalent for over a month, is now out of control.  There is a sharp rise in cases, partly because distancing cannot be maintained.  People are living on the street and have been attending the funerals of victims of the explosions; in short, the virus is much more widespread.”

“We are well and keeping going,” adds FCEI team member Simone Scotta.  “Our focus is the medical emergency. Our humanitarian corridors are currently suspended as a result of Covid 19.  We are providing medicine and sending patients to hospital when that is possible.  It is not always the case because many hospitals are full, so we are forced to wait, or to try to send people to other facilities.  Some countries, such as Qatar, Morocco, Iran, Egypt and others have sent mobile relief stations to provide humanitarian assistance and are offering services free of charge.  If we can’t find spaces elsewhere, we also signpost those in need there.

The FCEI appeal for Beirut continues: the funds collected will be used for healthcare interventions, financial assistance for families in difficulty, support for local groups distributing food and hospital facilities.

Donations can be made via the FCEI bank account by way of bank transfer using the reference “Sottoscrizione Beirut”, or via Paypal using a credit card.  Details follow below
Account Name: