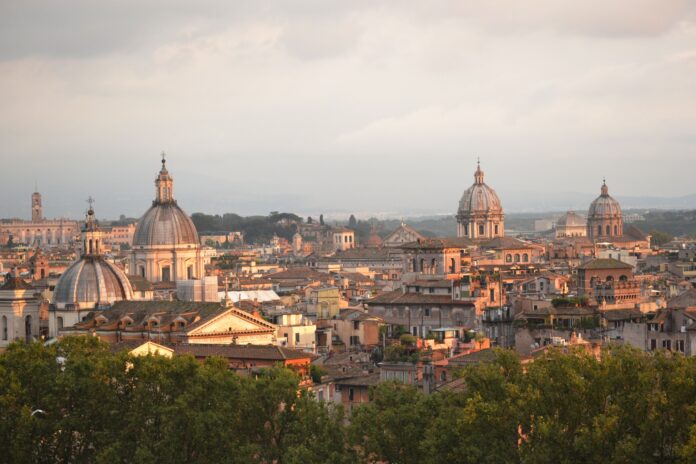 Rome (NEV CS / 42),  October 10, 2020 – Wolfgang Prader, member of the Bolzano community of the Evangelical Lutheran Church in Italy (CELI), is the new president of the Lutheran Synod. Prader has been elected during the 1st session of the XXIII Synod, which opened yesterday in Rome and which will close on Sunday 11 October.
A synod in presence, which brings together about 50 representatives of the 15 CELI communities  in compliance with the anti COVID  norms, with a reduced program and without external guests.
After the farewell report by the outgoing president Georg Schedereit, who renounced a second candidacy for health reasons, the Synod elected the new presidency in the person of Wolfgang Prader, former CELI vice president. Ingrid Pfrommer, president of the Turin Community and outgoing treasurer of CELI, took over the vice-presidency.
Wolfgang Prader, as an IT expert, intends to develop the theme of the digital church, one of the topics under discussion during the short 2020 Synod. Other issues  dealt with by the Synod members are the pandemic, the decreasing signatures for the Lutheran Eight per thousand of the Income Tax, the effective members of the CELI, the possibility of living, or re-living,  the church as “communion and sharing, thanks also to new technologies. An exciting and demanding task awaits the new presidency” the Lutherans declare.
On 10 October the synodal members also elected the three lay members of the Consistory. The legal representative of CELI, Cordelia Vitiello, running for a re-confirmation, while the other two lay members of the Consistory, Ingrid Pfrommer and Angelo Ruggieri, did not re-apply.
“I see the Synod as a kind of a confederation – says the outgoing president Georg Schedereit -. I don’t see CELI as a compact church with a single doctrine and a single vision. Many people who over the years have decided to join this Lutheran world of ours are not 100 percent Lutherans. CELI thrives on this evangelical plurality which transcends borders and doctrine. We have among our members South American, Dutch , Swiss, Reformed, Lutheran, Calvinist people, followers of Zwingli, former Catholics … ‘Being Christian does not mean talking about Jesus Christ, but living as He lived’, Zwingli said. To each his/her own way.  And speaking of ‘Choose = Wählen’ (the Synod’s motto this year, ed), I will also say this in my report – concludes Schedereit – I think we are called to choose between hope and despair, trust and mistrust, philanthropy and misanthropy, truthfulness and hypocrisy, self-irony and self-elevation, humor and narcissism, closure and openness to the world, faith and fear “.