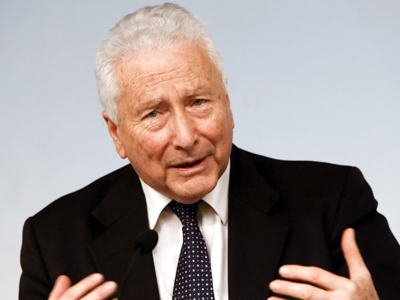 Rome (NEV),  November 22, 2020 – Numerous messages of condolences have come following the death of Renzo Gattegna. President of the Union of the Italian Jewish Communities (UCEI) from 2006 to 2016, a civil lawyer, he was born in Rome in 1939.
The moderator of the Waldensian Board, deacon Alessandra Trotta, sent a letter to the UCEI president, Noemi Di Segni.
“Gattegna was a friend and a partner of our church during the years of his UCEI presidency – wrote the moderator -. Thanks to his attention, the relations between our two historical religious minorities have been further strengthened, always united in the defense of the principles of secularism, pluralism and dialogue”.
The moderator recalled Gattegna’s competence and wisdom through which he knew how to face the unsettling episodes of violence and anti-Semitism, at times impregnated with xenophobia and nationalism, which were re-emerging in Europe: “A moral, spiritual and civil conscience, always vigilant, to whom our church looked at with respect, solidarity and deep fraternity”.
Italian Judaism loses a passionate witness that Trotta defines as “willing to listen and mediate, capable of affecting the major issues of public debate”.