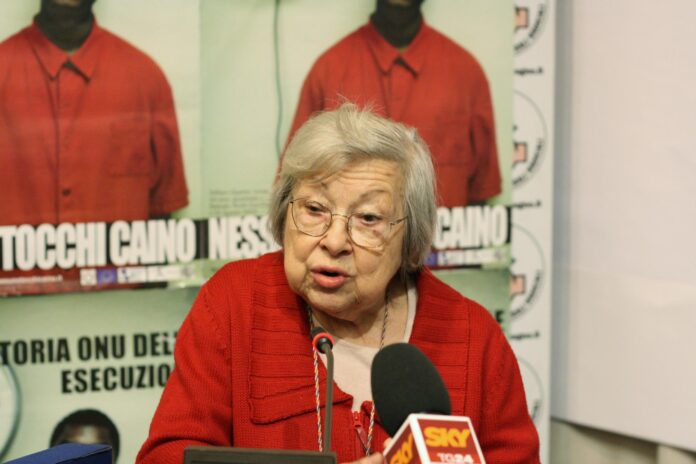 Rome (NEV),  December 20, 2020 – The last farewell to the partisan, feminist, former senator, symbol of many struggles in our country, Lidia Menapace, took place in Bolzano, on December 10th. She died on Monday, December 7th, at the age of 96, of Covid-19. We asked Paolo Ferrero for a remembrance “in an evangelical key”.  Ferrero is a person who knew her well and who shared a long political journey with her; he is a Waldensian, former secretary of the Communist Refoundation Party, former Minister of Social Solidarity in the Prodi Government (2006-2008) and currently vice president of the European Left Party.  “The Covid-19 that took her away from us prevents us from participating and so each of us elaborates on the mourning individually – or at most with the mediation of social media – wrote Ferrero in his memory -. In 40 years of communist militancy it  happened many times to me to discuss with people about God, to explain why I am a believer and what it means to me. But with Lydia I have never talked about hese issues, despite the fact that in the last 15 years we shared common choices that made us collaborate very closely. She joined the Communist Refoundation Party in 2008 and shortly after she became director of the Party’s  monthly “Su la testa”. So we worked closely together for years and found ourselves discussing everything but God, in whom we both believed and believe. Why? In my opinion, because in the course of our existence we have matured the same idea of ​​God: not a God who gives answers but a God who questions us, who asks us  questions about our existence, and call us to  responsibility in our choices. A God who indicates peace, love and justice, but who has nothing to do with fundamentalism and with the justification of one’s political positions with His will.  I think that  Lidia and I collaborated in a sintony that went beyond political choices, also because from that very idea of ​​God derived the similar anthropological idea.  Here, in that common positive evaluation of the responsibility inherent to the role of political leadership, I saw the common evangelical faith, in that God which calls to freedom and responsibility. Hi Lidia, may the earth be light to you”, concluded Ferrero.