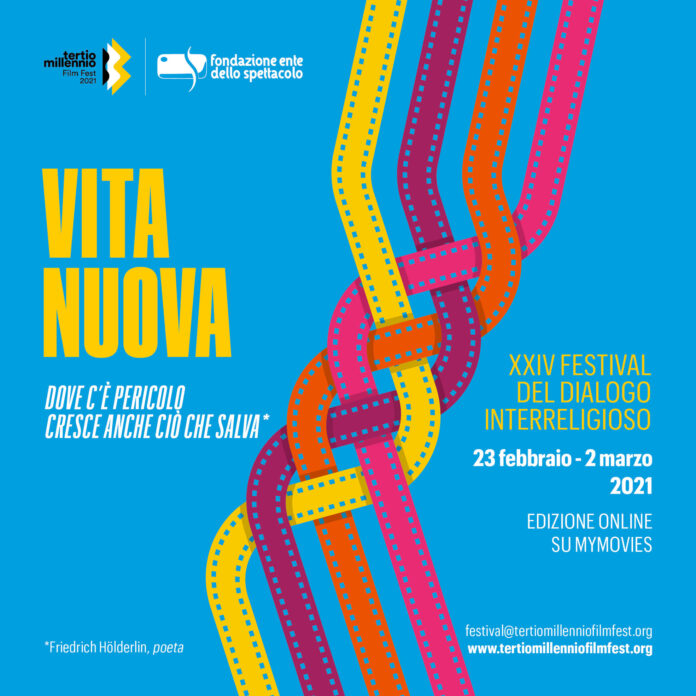 Rome (NEV), February 27, 2021 – “A new life. Where is danger, there also grows salvation” this is the title of the 24th edition of the Tertio Millennio Film Fest, the film festival of interreligious dialogue of the Fondazione Ente dello Spettacolo. This year edition, scheduled from 23 February to 2 March, is taking place on line, on mymovies.it. The event will be attended, among others, by Carolina Bertello in the young people jury  (short films). Carolina Bertello, from the Waldensian church of Ivrea, is graduated in Cinema and Media Engineering at the Turin Polytechnic. In the feature films jury there is pastor Peter Ciaccio.  The two protestant  exponents were appointed by the Protestant Film Association Roberto Sbaffi.

The films in competition are in fact evaluated by two juries, expression of the different religious communities that dialogue and confront each other through cinema, such as the Catholic, Protestant, Jewish, Muslim, Buddhist and Hindu ones.

The title of the event “refers to Dante Alighieri in the 700th anniversary of his death, starting from the idea of ​​rebirth, which to day becomes an invitation to look beyond the pandemic, to build a broad horizon that goes beyond it, including the experience of the loss and of the individual and social laceration of the crisis”, declare Marina Sanna and Gianluca Arnone, artistic directors of the festival.