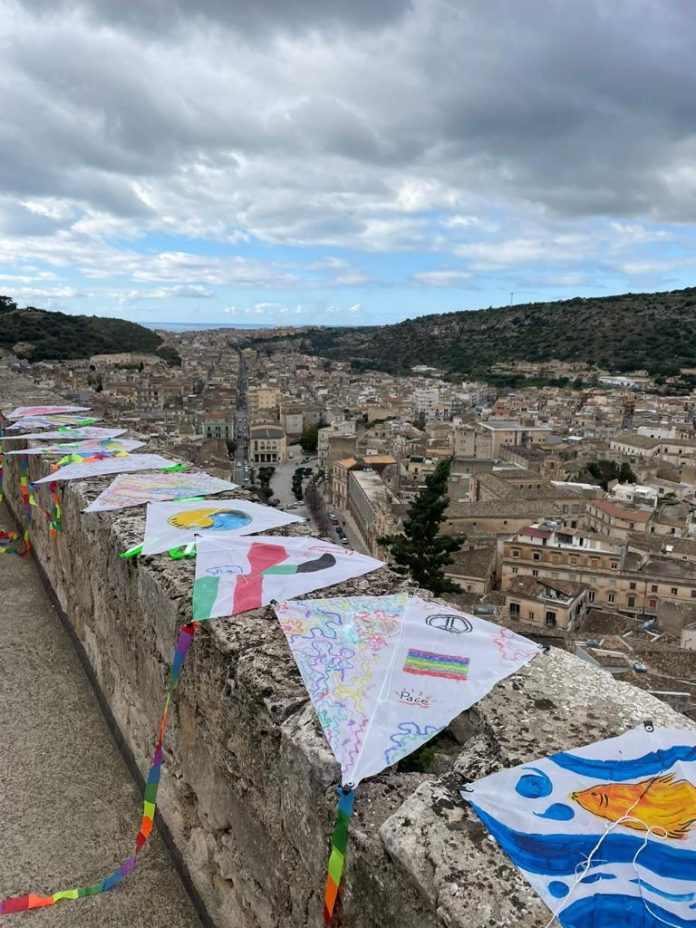 4th April 2022 – The pop-up exhibition on “migrant perspectives and experiences articulated through art” will be launched on Thursday, 7th April at 6.30pm at the Waldensian Church in Piazza Cavour, Rome.

The initiative is the result of a series of art labs delivered by English volunteers Karen and Bill Crooks,  with skills as a therapist, artist, facilitator and in community building.  Bill Crooks works as a consultant with The Clewer Initiative, the work of the Church of England to combat exploitation and all forms of modern slavery.  Participants in the workshops included migrants in Calabria and in Sicily, in particular some hosted at the Casa delle Culture in Scicli as part of Mediterranean Hope, FCEI’s migrant and refugee programme.  The exhibition has four phases: short films of the art labs, a collection of art produced by migrants and refugees, a gallery of kites and an installation on the theme of exploitation of migrant workers.

After the launch in Rome, the travelling exhibition will “successively, move to a university campus, to other churches in Italy, to the assembly of the World Council of Churches in Germany and, from there, to cathedrals in England.  At every stage of the journey, the exhibition will be a stimulus for discussion and reflection, and will offer a glimpse of other perspectives”.  As the project description states, “The installations have been designed to be easily transported, assembled and dismantled.  Various materials accompany the exhibition and will be provided to those who host it, specifically, a short video explaining how to assemble the panels, a series of posts for social media, a booklet providing information about the context and artwork, and questions to stimulate small group discussion.  The exhibition comprises four installations, each dealing with a different theme.

Hear My Voice is the result of a direct collaboration between the Federation of Protestant Churches in Italy (FCEI) and The Clewer Initiative, the work of the Church of England to combat exploitation and modern slavery.  Sincere thanks also go to Bill and Karen Crooks, to Luca Badetti and the students of the University of Loyola Chicago, and to the Anglican Centre in Rome for their support.