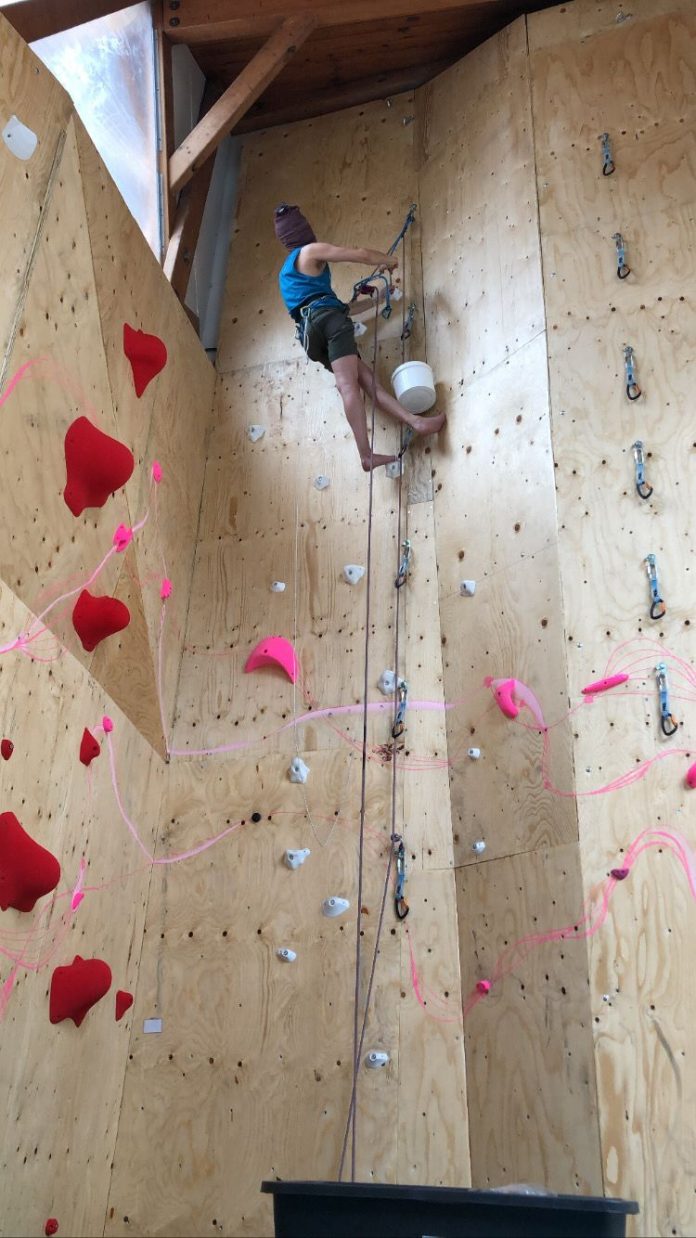 Rome (NEV), 9th June 2022 (translated by Fiona Kendall) – “Flamingo Loophole” will be the name of the new therapeutic climbing centre to be inaugurated on Saturday 11th and Sunday 12th June in Bihać, in Bosnia, by Mediterranean Hope, migrant and refugee programme of the Federation of Protestant Churches in Italy.

“The idea,” explains Niccolò Parigini, Mediterranean Hope’s representative in Bosnia, “comes from the fact that climbing has enormous social value: it is not by chance that it is a sport which is recommended for those with Post Traumatic Stress Disorder, with problems of depression and anxiety, because it works on the basis of relationships of trust and on individual skills which include establishing relationships with others.  And it is at the same time an individual activity which is nonetheless done in a group: it therefore serves to establish connections, foster inclusion and, we hope, is a model of spontaneous integration”.

The climbing gym will be free, and there will be courses for children and adolescents as well as also one-hour lessons for adults.

The target group at which the project is aimed is, first and foremost, the local population. “Through working here we noticed that, for young people in particular, there is a lack of gathering space and alternatives for spare time in an area which is not straightforward, with a high level of unemployment and local services which are unable to meet people’s needs.  From that comes a project linked to physical activity and, specifically this type of sport,” adds Parigini.

“Everywhere we work,” points out Marta Bernardini, coordinator of Mediterranean Hope, “we seek to understand the local area and to work together with those organisations already working to uphold the rights of people, migrant and otherwise. Improving society from “the grass roots” means creating the basis to build a network of welcome, better awareness of “the other” and a place in which to live and share one’s space.  As Protestant churches we are committed, from Rosarno to Lampedusa, as far as Scicli and with our humanitarian corridors, to improving conditions not only for migrants but also for the local populations we encounter, and above all for the young people who live in these borderlands.  At the same time, through the day centre and climbing gym, we would be delighted to create a gathering space which might be a long-lasting resource for the town of Bihac and local villages in the region of Una Sana; a project managed by and benefiting those who live day-to-day in this region crossed by the many people who seek to arrive in Europe and create a better future for themselves”.
The project, with a gym which is about 200m square with climbing walls which are about 100m square was implemented by Mediterranean Hope, the programme of the Italian Protestant churches, together with local sports association Spektrum, and financed principally by the ItalianOtto Per Mille tax allocation scheme of the Waldensian and Methodist churches.
“We would also like to thank the agencies and organisations which have already stepped up to help us, donating materials for this sport and all the equipment which users will need for free,” Parigini underlines in conclusion.  Also working on the project have been artist and climber Francesco Bertelè, director of technical design for the climbing gym, and Mediterranean Hope staff member Léa Karam.
Mediterranean Hope has been operating in in Bosnia since the beginning of 2021: besides the climbing gym it has opened a day centre for migrants, where people in transit can have a shower, wash their clothes and obtain new clothes, as well as having a cup of tea.  Between January 2022 and June 2022 the centre welcomed 1232 people.