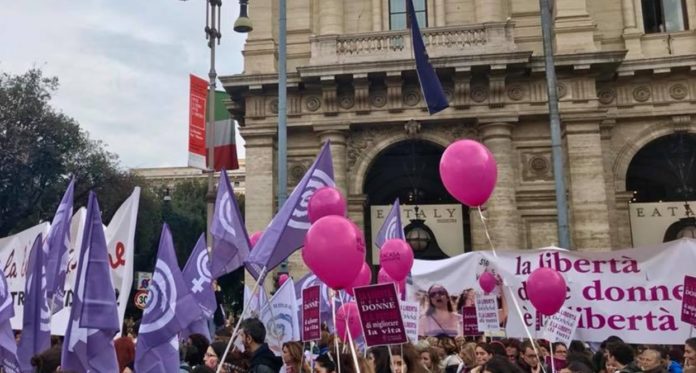 Rome (NEV), November 25, 2017 – The Federation of Protestant Women in Italy (FDEI) has produced a special brochure for the “16 days to overcome violence” with the title “I’m not like those…!”. A symbolic route from November 25th (International Day for the Elimination of Violence against Women) to December 10th (Human Rights Day), to reflect upon different aspects of the issue.

The brochure includes biblical reflections written by eight women and eight men, proposals of film, websites and a short bibliography. It also features stories selected from the 137 records collected in one year by an antiviolence center, guidelines of the National network of antiviolence centers, and a text of the association “Maschile Plurale” (Masculine Plural). Through the pages of the brochure men were invited to intervene, expressing, among other things, self-criticism: “Violence against women is not in fact reducible to the deviance of some maniacs, but it is in our homes, in our families, in our relationships and in the sexual imagery that we have built”. 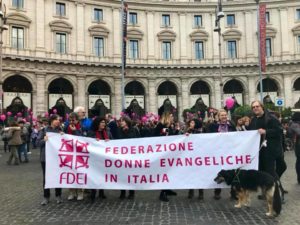 On November 25th FDEI participated to the National Demonstration for the elimination of violence against women held in Rome.