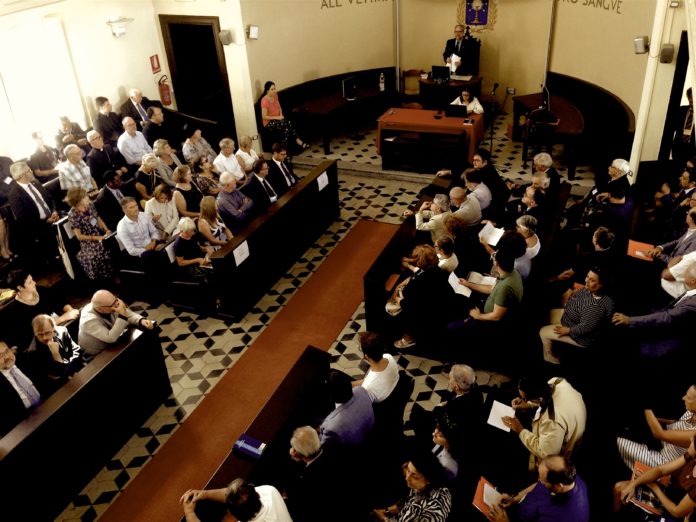 Torre Pellice (Turin) August 31, 2018 – With a message signed by his own hand, Pope Francis sent his greetings to the Synod of the Methodist and Waldensian churches, opened on Sunday afternoon August 26 in Torre Pellice (Turin), expressing  “the fraternal closeness of the Catholic Church”.

Eugenio Bernardini, moderator of the Waldensian Board, read the missive at the opening session of the Synodal works. Pope Francis among other things recalled “with gratitude the memory of our meetings in Argentina and, more recently, in Turin and in Rome” and expressed his “best wishes for these days of prayer, sharing and work”. Paying his attention in particular to the works of the Synod, the pontiff expressed his thanks for the gift of faith and “for the mutual understanding that is growing among us”.

On the morning of August 27, Msgr. Maurizio Malvestiti, Lodi’s bishop, also addressed his greetings to the Synod Assembly, with these words: “Waldensian and Methodist brothers and sisters, I consider a true gift of the One Lord the sharing of this meetings in Torre Pellice”. Malvestiti, accompanied by the Director of the National Office of the Italian Bishop Conference (CEI)  for ecumenism and interreligious dialogue (UNEDI), Fr. Cristiano Bettega, brought the greetings of Gualtiero Bassetti, CEI’s president and of bishop Ambogio Spreafico, president of the CEI’s Commission for ecumenism and dialogue. Among the numerous issues discussed at the Synod, Malvestiti underlined “the delicate migration situation” in Italy and in Europe and declared that “reawakening the responsibilities of public authorities, is a Christians’ duty which includes  the reawakening of believers’ conscience”. He concluded joyning “the embrace of hope” that the Synod gave to the city of Genoa through  a collection gathered during the opening worship, and through the provision of two lodgings for those who lost their homes.