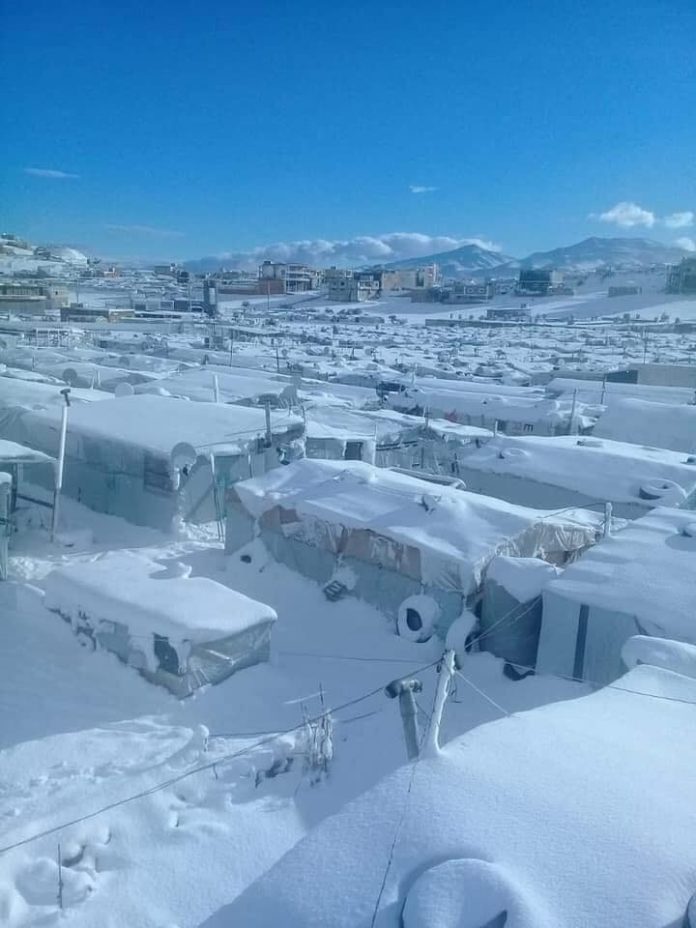 Roma (NEV), 15 gennaio 2019 – Lebanon was recently hit by a heavy snowstorm that made it difficult for the inhabitants and especially the Syrians staying in the refugee camps in the Bekaa valley. About 11,000 people are living in very precarious conditions which has been worsened by extremely bad weather conditions.

UNICEF reported that 15 children living in the camps for Syrian displaced people have died from extreme cold; and according to press sources, 4 Syrians have lost their lives due to the cold and frost in the refugee camp of Shebaa.

We contacted Luciano Griso, doctor and collaborator of Mediterranean Hope – MH, the refugee and migrant programme of the Federation of Protestant Churches in Italy (FCEI) by telephone in Lebanon.

“The situation is very difficult,” said Griso. “We are returning to Beirut after having worked all day in the refugee camps in the Bekaa Valley. The cold is pungent and the mountains around us are covered with snow. The situation in the camps is catastrophic: tents have been destroyed, the camps are flooded, the few services that there were are out of use. These extreme weather conditions obviously affect the most vulnerable population, primarily those living in the camps, but the refugees living in brick structures, such as cellars or garages, are also suffering under very precarious conditions. If there were no humanitarian organisations trying to resolve this precarious situation, the toll would be even higher. We work in the camp of Tell Abbass, north-east of Tripoli, which extends to the border with Syria, and which has been severely affected by heavy rain. However, it is the Bekaa Valley that worries us because it is covered with a blanket of snow and people only have tents and blankets to protects themselves.”

Mediterranean Hope has been working in Lebanon for years, offering support to the numerous refugees coming from Syria and other countries in the area. The Medical Hope project was developed as part of the MH programme. It is coordinated by Griso and offers medical aid and support to all those refugees who are not able to get treatment in transit countries due to lack of financial resources.